On Jan. 20, the Red Raiders Cheer and Dance team had its first competitions of the season. The competitions were held at Northwestern in the Rowenhorst Student Center and the Bultman Center respectively. In these two home competitions, the Raiders went head-to-head in two tri-matches against Mount Marty and Morningside.

In the cheer tri-match, the Mustangs took home first place with a score of 66.45 points. Not far behind, the Raiders brought home second place with a score of 61.6 points. Earning third place, Mount Marty scored a total of 51.15 points. NW had a few fumbles, but that did not hurt their score too much. The total deduction for the fumbles was one point. Mount Marty also had some fumbles in their routine. With four violations, 1.25 points was deducted from Mount Marty’s overall score. Morningside had no fumbles or violations which means they had no deductions. All three teams performed well for the first competition of the 2020-2021 competition season. The cheer tri-match was held in the Rowenhorst Student Center.

Cheer and dance coach Taylor Nygren said, “we added lots of new talent this year and are excited to showcase our skills. Hopefully we can get back up in the top two out of the GPAC and place well at regionals.”

In the dance tri-match which took place in the Bultman Center, the Mustangs took home first place again with a score of 89.5 points. The Raiders brough home second place with their score of 73.1 points. Mount Marty earned third place in the competition with a score of 55.15 points. Each team performed well in the 2020-2021 competition season opener. After the competition came to a close, all three of the teams were able to perform their routines at the NW men’s basketball game against briar cliff for a half-time show. They performed in order of third to first place.

“we are excited for this season to showcase new skills we have been working on. We may be a small group this year but the talent we have shows! I’m Excited to see where we end up in the GPAC this year” Coach Nygren said.

The Raiders compete at Concordia University in Nebraska on Feb. 6. Both cheer and dance will be competing. Good luck in the competition season Raiders Cheer and Dance. 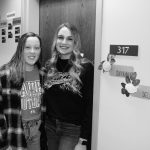 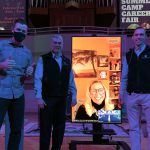