The NW Women’s Tennis team had a home GPAC matchup last Tuesday as they hosted Morningside College. Overall they won 6-3, which was their first GPAC win of the Season. They are now 4-10 overall and 1-1 in GPAC play.

Doubles play also went well for the Raiders as they went 2-1 overall. The team of Holscher and Ingram lost a tough game 8-6. But McGinnis and sophomore Emma Van Drie earned a great victory 8-6. The third doubles team of Shortenhaus and sophomore Liz Foster earned a forfeit.

On the victory McGinnis said, “It was nice to get outside to play. This next coming week we have a lot of things to work to be successful in our upcoming matches.”

NW goes into action again next Tuesday, April 17 against Mount Marty College. After that, the team still has four more matches to play before the GPAC Championships which are in Fremont, Neb. The Raiders are hoping to pick up some momentum from this victory when as they continue in GPAC play. 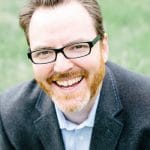 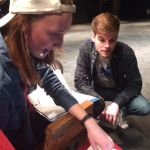