On Saturday, April 17, Northwestern dominated Dickinson State in the opening round of the NAIA Football Championship Series. After a five-month interlude, the Raiders were determined to start their postseason strong, defeating Dickinson State 31-7, their record improving to 9-1.

“Our players deserve a ton of credit for handling the adversity of the five-month layoff and being ready to play again at a high level,” head coach Matt McCarty said.

After a slow start, with eight minutes remaining in the first quarter, senior quarterback Tyson Kooima sparked the offense with a 60-yard rushing touchdown.

The momentum continued into the second quarter, with freshman running back Konner McQuillan carrying the ball into the endzone and freshman kicker Eli Stader completing the touchdown with an extra point. Though the Bluehawks’ scoring drought ended with a passing touchdown, NW responded with a 24-yard field goal by Stader.

Later in the quarter, Raider defense prevailed when freshman defensive back Jalyn Gramstad intercepted a pass by the Bluehawks quarterback.

The Raider defense was equipped to battle the Bluehawks, holding them scoreless till mid-second quarter. Dickinson State’s quarterback struggled underneath NW’s defensive pressure; freshman Parker Fryar claimed the first of three sacks against Dickinson state near the end of the first quarter, igniting the Korver Stadium crowd.

At the start of the second half, junior safety Noah Van’t Hof intercepted another pass to interrupt a Bluehawk drive; Kooima’s second touchdown brought the score to 24-7 with four minutes left in the third quarter.

A series of major defensive efforts closed the third quarter, including a sack by linebacker senior Brett Moser and an interception by senior defensive back Devin Mouw. To cap off the win, Kooima threw a 35-yard touchdown pass to senior wide receiver Shane Solberg.

Kooima, who was chosen as the most outstanding player of the game, believes the team is capable of success continuing into the playoffs.

“Our team just needs to be present in the moment during these playoffs,” Kooima said. “There’s never going to be easy games; we just have to stay focused each play on what we have to do to win that play.”

“It is exciting to be one of the final eight teams left competing for the national championship.” coach McCarty said.

The Coach also expressed his excitement in moving on into the playoffs.

The Raiders will compete against number two ranked Grandview next Saturday, April 24, in Des Moines for the quarterfinals. 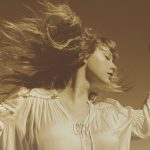 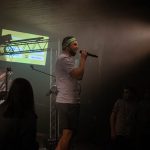