The Northwestern football regular season wrapped up this past Saturday, Nov. 16 as the No. 5 Red Raider football team hosted No. 1 defending national champion, the Morningside Mustangs, for senior day and the GPAC championship. The highly anticipated game lived up to its billing, as NW led for long stretches the first half and held the Mustangs to their lowest point total of the season.

Morningside began the scoring with an early field goal following a deflected pass and interception on NW’s opening drive. The Raiders quickly answered with a 75-yard touchdown drive of their own, as quarterback Tyson Kooima found wide receiver Shane Solberg for his program record 30th career reception touchdown. The Mustangs managed just one touchdown in the first half, and NW added another to take a 13-10 lead into the break.

The third quarter belonged to the Mustangs, as NW was forced to punt on all three drives and Morningside scored on all four of theirs, running up a 20-0 score in the quarter. Finding themselves down by 17, NW opened the 4th quarter knocking on the door with a 13-play drive. They eventually turned the ball over on downs in red zone territory.

The Raider defense, however, led by linebackers Sean Powell (who accounted for 10 tackles and one forced fumble) and Tanner Machachek (who accounted for 10 tackles, one forced fumble and one fumble recovery) held strong and forced the Mustangs to a 3-and-out, keeping the Raiders’ hopes alive. NW’s offense responded quickly; Kooima and wide receiver Cade Moser wasted no time getting the Raiders back on the board, using less than a minute to connect for three completions including an eight-yard touchdown to bring the Raiders within 10, 20-30.

The following Morningside drive looked to put the game out of reach, as they used up nearly six and a half minutes on an 82 yard drive ending in a touchdown to put them back up by 17 with just over two minutes remaining.

NW refused to call it quits though, with Kooima finding freshman wide receiver Michael Storey on a 46-yard bomb and then hooking up with Moser yet again for his third touchdown of the afternoon. Unfortunately, the ensuing onside kick bounced its way out of bounds and Morningside ran out the clock, claiming another GPAC title and extending their winning streak to 25 games with the 37-27 victory.

Finishing as the runner-up in the GPAC meant that NW would be relying on an at-large bid for the National Tournament. The selection show on the evening of Sunday, Nov. 17 revealed the Raiders aren’t done yet at Korver Field, as they received the 8-seed and will host ninth seeded St. Xaiver (8-2, MSFA Midwest Champs) this Saturday, Nov. 23 at 12:00 p.m. All Raider fans are encouraged to cheer on NW as they add another chapter to program history! 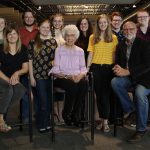 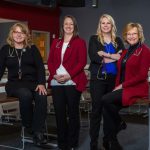