Both the men’s and women’s cross country team traveled to Cedar Rapids last Saturday to compete in the NAIA Seminole Valley Stampede. This meet was hosted by Mount Mercy University and took place at the Seminole Valley Park.

The men took fourth place overall out of the 29 teams that competed. They tallied 129 points and placed the highest out of any other GPAC team that was there. They finished 140 points over Dordt College and a huge 162 points over 22nd ranked Doane. NW topped 20th ranked Indiana Tech by only one point.

Senior Peter Smith was the fastest Raider of the day, placing 13th with an 8K time of 26:20. That is the third time Smith has placed in the Top 20. Senior Tanner Goetsch finished the next highest on the team placing 16th with a time of 26:25. Senior Hans Epp was not far behind Goetsch as he placed 19th with a time of 26:32. After Epp was senior Tim Rose with a 26:54 placing 28th. Closing up the Raider’s scorers was senior Bryce Nitzsche who had his season-best time of 27:31 and he finished 57th. The next two out in the top 7 were freshman Dylan Hendricks who placed 59th, and junior Caleb Benzing who placed 68th.

The Raider women took fifth out of 28th overall scoring 163 points. They were third among GPAC teams. They were 34 points in front of 24th ranked University of Saint Francis.

Individually, senior Katie Bosch finished fifth with a 5K time of 18:36. That was Bosch’s fourth Top 10 finish of the season. Next for the Raiders was senior Sarah Lunn who finished 10th with a 18:57. That was her second Top 10 finish this season and second fastest career 5K time. Sophomore Bre Harthoorn placed 15th with a time of 19:07 with her third Top 20 finish of the season. The last two scorers for the Raiders were sophomores Emma Van Meeteren, who placed 58th and had a time of 20:04, and Katrina Engebretson who placed 75th. Sophomore Wesley Milligan and senior Sam Sinclair placed 86th and 96th respectively.

Overall, an extremely positive weekend for the Raider runners. On Nov. 4, the two teams will head to Sioux Center to compete in the GPAC Cross Country Championships. 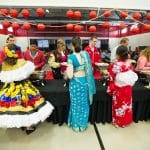 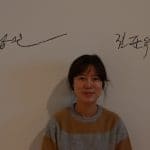