On Friday and Saturday, Sept. 3 to Sept. 4 Northwestern men and women’s soccer held the annual Pizza Ranch Classic Tournament for their home opener of the 2021 soccer season. Both teams went 1-1 at the end of the tournament. On Friday night, both teams went head-to-head with Clarke, and the next night the women played against Graceland while the men took on William Penn.

Both nights the men’s team played the first game. The men came away Friday with a win against Clarke in an aggressive and chippy game that brought the game into overtime after senior Juani Mackrey found the back of the net in the 98th minute. The game saw 38 fouls called, seven yellow cards and one red card issued, which kept the fans entertained during the chilled, rainy night. After the first half battle, the Raiders and Pride were deadlocked at 0-0. It was not until the second half that aggression started to occur, in the 56th minute the Pride played a man down after a red card was issued, giving NW the ability to control the game.

After the men’s win on Friday, they looked forward to a good game against the William Penn Statesmen (4-1), Saturday night. Due to field conditions the game was moved onto Korver field onto turf. Like the night before, the Raiders brought their game into overtime, however receiving their first loss of the season dropping the game 3-2.

Most of the first half was back and forth between the teams, until freshman Bailey Baccam sent a beautiful cross into the box to connect with senior Ryan Wager to send the Raiders ahead 1-0. However, the Statemen responded right away in the second half to get the lead with back-to back goals making the score 2-1 within the first ten minutes. That did not stop NW from fighting when junior James Bolger finds senior Joshua Wingfield who sent a shot that snuck right under the crossbar to tie the game 2-2. NW still battling the game into OT until a foul was called on junior keeper Zeke Foltz and a penalty kick was given to the Statesmen in the 98th minute.

The women’s soccer game followed right after the men Friday night hoping to end with the same. However, the Clarke Pride spoiled the home opener shutting out NW 2-0. After a rain-filled week and a game played before hand, the sloppy field conditions made the game a bit difficult.

Early on, the Raiders had a couple opportunities that they could not capitalize on. Clarke found the net after the 15th minute of play and kept pushing until they scored once again off a corner to make the final score 2-0.

The women also followed the men’s game on Saturday night as well at Korver field after the field conditions on their regular field were too poor to play on again. Unlike the men’s team, the women played the Graceland, Yellowjackets (0-3).

The Raiders saw a long battle as they went into double overtime and prevailing due to junior Julie Dunlap’s goal in the 104th minute, on a free kick just outside of the 18 box that was sent soring into the back of the net.

Both halves saw a lot of action but neither team could finish on their opportunities. Junior keeper Kaelin Alons was able to make several game saving, saves to keep the Raiders in the game, as NW kept using their momentum to persevere and fight through the ongoing battle to end with a win 1-0 over Graceland. 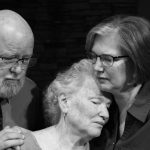 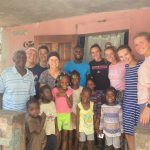