Home Sports Raiders sweep Hastings while on the road
Sports

Raiders sweep Hastings while on the road Impressive pitching performances and strong hitting led the Red Raider baseball team to a two-game sweep over Hastings on Monday, April 1. Northwestern took control of both contests, winning 6-2 and 18-4. NW improved their record to 10-15 overall and 4-5 in the GPAC while Hastings fell to 5-18 and 2-9 versus conference opponents.

During the bottom of the third, Hastings answered as shortstop Kasey Ohnoutka was sent across home plate. After the Broncos took a 2-1 lead in the fourth, sophomore outfielder Britton Yoder scored on an RBI single by sophomore third baseman Ben De Boer. NW continued to add to their run total in the seventh inning by taking advantage of a throwing error. Yoder and O’Donnell scored to stretch the lead to 5-2 on account of the play.

“In the first game we faced a really good pitcher,” senior Austin Zylstra said. “We were able to show the strength of the program and the young guys on the team showed their potential.”

NW carried their offensive successes into game two to complement another quality outing from freshman pitcher Brady Roberts. Most of the runs for the Red Raiders came in the first two innings, scoring their eighth run of the game on a two RBI single by Sutton Derr in the top of the second.

“In the second game we were able to keep our foot on the pedal,” Zylstra said.

The lead stretched to 18-0 before Hastings came across the plate, earning their first run in the bottom of the fourth. Each starter had a hit for the Raiders, including three each for sophomores De Boer and Derr. Derr also had four RBIs in the game, as did first baseman Zylstra. NW was efficient in the batters box, finishing with 18 runs on 17 hits, drawing 10 walks and striking out only three times. Roberts earned his third win of the season, only giving up two hits and one run in six innings pitched. Roberts now has a 3-2 record through his first five starts.

NW split a doubleheader at Doane on Tuesday, April 2, losing game one 6-7 and winning game two 6-5. The Raiders will be back at home on Friday, April 5 and Saturday, April 6, as they will face both Morningside College and Dakota Wesleyan University in doubleheaders.

“The GPAC is full of tough competition. The games this weekend will be competitive and fun to watch,” Zylstra said. 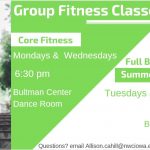 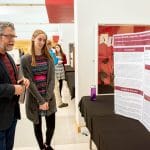