On September 17, Northwestern football proved the adage that defense wins games. The Red Raiders dominated the Jamestown Jimmies scoring 48 points over their meager three. The Raiders’ defense made it quite difficult for Jamestown to make a play. The Raiders almost picked off two passes and allowed the Jimmies to have a gain of six yards on six plays in the first quarter.

On the other side, NW earned 141 yards and nine first downs within the first quarter.

NW’s Logan Meyer set up the first touchdown of the game after breaking through the Jamestown defense and running 19 yards. Blake Fryar and Michael Storey were able to finish the play with Fryar throwing a six-yard touchdown pass to Storey. NW did not quit. After Cody Moser forced the first turnover of the game inside the Jamestown 20-yard line, Jaden Snyder recovered the ball, and Fryar found Storey.

As the half came to a close, NW ran a fake field goal play with Fryar finding his younger brother Parker for their first-ever brother-to-brother touchdown. NW led 27-3 going into halftime.

The second half was a similar story to the first half. Tristan Mulder ran a pick-six back for 38 yards which triggered the scoring of the second half, and the Red Raiders were able to add 21 more points to the Jimmies’ three.

For players like Blake Fryar and Logan Meyer, this was a monumental game, as Meyer tied his career high of 131-yards on 15 carries and Fryar had a career-high of five touchdown passes, becoming the 12th Raider to reach this fleet, and puts him at a tie for third in program history.

When asked how he felt about the game and his career high of touchdowns, Fryar replied, “We had great energy which was awesome to see after a long road trip. A career-high of touchdowns for me is just a result of being surrounded by great teammates.”

Another monument of this game is that for the sixth straight game in a row Red Raiders have been able to keep Jamestown to tallying a score of fewer than 17 points.

Road games can be challenging to win, as the other team has the home-field advantage. However, when teams “bring the energy” and dominate in all aspects of the game, the result is not so far-fetched. 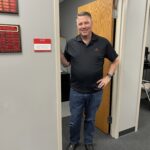 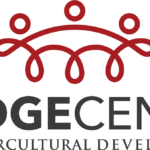