Reflect on what you’ve lost with Eurydice

This spring the Northwestern theatre department will be bringing the surrealist tragicomedy “Eurydice” by Sarah Ruhl to the stage. Based on the popular Greek myth, “Eurydice” retells the story of Orpheus who travels to the underworld to save his dead bride from the perspective of his wife, Eurydice.

“Eurydice” will be the Northwestern directorial debut of Tyler Miller, who joined the theatre department staff this year as the new professor of acting. So far, his first time directing on a Northwestern stage has been a wonderful experience.

“I have thoroughly enjoyed collaborating with such talented actors, designers, and crew members,” Miller said. “[The Northwestern theatre department] is so well set up to produce excellent work. We have a full faculty, beautiful spaces, and much needed resources. Most Christian college theater programs do not have these things to the same extent.”

The cast and crew of “Eurydice” have also been blessed by working under Miller. Benjamin De Boer who plays Eurydice’s father said, “The way that Tyler cares for the cast is phenomenal, and I have greatly appreciated how much he integrates Christianity and his faith into his directing process.”

“[Tyler] is incredibly talented and armed with a rich knowledge of theater theory and  experience,” he said “He directs from the position of one with immense memory of theater lore and practices and the instincts and skills to display them.”

Design is an incredibly fundamental part of “Eurydice.”

“A lot of the imagery and setting are abstract,” projections designer Jett Skrien said. “So, the integration of projection, lighting and sound to help transport the audience into a different world is vital as a lot of that imagery cannot be portrayed through physical sets.”

Realizing these designs has been challenging, but incredibly fulfilling. Lighting designer Maren Taylor has been challenged to light in alley seating and lighting with sidelights to accommodate projections.

Of her work she said, “I am really proud of what I created and how it interacts with the other designs. Looking at my growth from my first design to this one is also something I am proud of.”

Sound designer Wyatt Waage explains that the process has challenged him to “think more abstractly about sound and music” which has led to both heartbreaking and hair raising moments in the show.

Finally, Skrien has utilized nine different projectors to create some beautiful digital media for the show.

Along with the wacky and absurd nature of the production, “Eurydice” presents audiences with a powerful experience. Sarah Ruhl’s lyrical script particularly provokes emotion. “Ruhl does an amazing job with her writing,” said Jackson Paganini who plays the Nasty Interesting Man. “Her writing for the characters is almost beautiful by itself.”

The central theme of  “Eurydice” is also relatable.

“We have all experienced loss in our lives,” said Grace Spencer who plays Eurydice. “This show will allow you to reflect on the things you’ve lost in the past. It will give you permission to remember and to mourn those things, as well as reminisce and remember life before you experienced that loss.”

“Audiences will be blessed to see what I consider to be the greatest ensemble work I’ve ever been a part of,” said Fynaardt. “The combined sacrifices and talent of director, stage managers, actors, dramaturg and tech crew have truly brought the genuine out of this beautiful avant-garde script.” 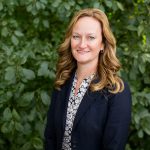 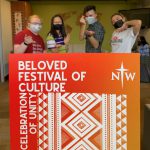