Depite a warm winter, some people at Northwestern found a way to keep their cool.

Senior Felipe Silva and freshman Josiah Veurink were part of a group of NW students and staff that kept their hockey sticks dust-free. The Sioux Center hockey league took to the Vernon Rink located on Dordt’s campus on Thursday nights, with players of all ages and experience levels.

“The Sioux Center Hockey league is a good place for people who have a little bit of experience, but not much. There are good hockey players and others are there for first time,” Silva said. “It is a lot of fun, and mostly because there is a group from Orange City that got to bond quite a bit by playing together every week. The games can get pretty rough sometimes, but it is hockey, so you have to be prepared for that.”

Veruink sees the league as a place for anyone who loves the sport.

“The Sioux Center league is for people of all skill levels that just enjoy playing hockey, he said. “Everyone has some sense as to how hockey is played but there is a lot of room for improvement. Trust me, I am Canadian, so I would know. This league is a great way to have fun playing hockey and meet a lot of cool people. I enjoy my trips out to my games, not only for the hockey, but also because of the group that I played with.”

Veruink has been playing ice hockey since he can remember. Hailing from Canada, he enjoyed the opportunity to get together with friends and partake in the favorite Canadian pastime.

“Hockey is by far the best sport in the world. It is great to talk about it, watch it, play it and, in some cases, dream about it. From playing at Sioux Center, to the pond in Alton, to playing floor hockey in the RSC, I could not think of a better way to spend my time.”

And while Silva never played ice hockey before this winter, he was first introduced to the game through pick-up games on the streets of his native Brazil.

“When I was younger, I used to play ball hockey with my friends in front of my house on the street, but never really had played ice hockey before, even though it was our dream to be like the Mighty Ducks,” Silva said. “Every other year our city would have an ice rink so we could skate a little bit. That’s where I learned how to skate.”

Years later, as a high school student, Silva was introduced to ice hockey.

“I was studying abroad in Ontario, Canada,” Silva said. “And for the first time I got to play ice hockey for the school team. I really loved it.”

And while the season has finished for the year, the group plans to keep in shape for next season with work-outs and continued team bonding.

In the end, it’s not all about the hockey.

“We just had a lot of fun playing together and forming some close friendships,” Silva said. 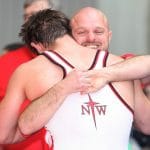 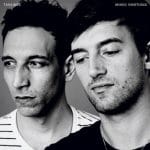