Remaking Ramaker (and other renovations) The sound of the coffee machine at the new DeWitt Learning Commons was almost angry as it sputtered out the next order. Around a table, students engaged in a conversation about their week while others walked by in search of a new place to study.

Already, students have voiced concern that, in comparison to Ramaker, the Learning Commons is too loud.

“We’re working actively now to designate areas to have conversations and others for studying,” Provost Jasper Lesage said. “We knew we couldn’t solve the problem until we knew the patterns. We have a pretty good idea of how that will be solved.”

Despite complaints about the noise level, Common Grounds barista Taylor Johnston said he thinks Common Grounds is a good thing to have and that most people are excited about it.

So how does the Learning Commons measure up to Ramaker Library in the eyes of Northwestern students?

“I thought it was going to be exactly like Ramaker, except a bigger space,” said sophomore Emily Culver. “The atmosphere is very calm and very modern, not old or stuffy. It makes me want to get down and study.”

Now that the Learning Commons is finished, plans are being made for the old Ramaker Library.

Ramaker will also have conference rooms, lounging space and a much bigger red room, which won’t actually be red.

Squeaky sneakers, students huddled together in the Rowenhorst Student Center to work on a project and waves of sound coming and going as the Hub doors open and close; these are a few RSC quirks that students have come

However, many haven’t gotten used to this semester’s addition of the portable tables that are acting as a makeshift Mini Gym desk.

“It’s been different, but it’s fine temporarily,” RSC Super Crew Worker Dawn Gildersleeve said. “We have everything we need.”

Since the beginning of the Mini Gym remodel, the Super Crew has had to set up camp just outside the entrance of the mini gym. Once the remodel is complete, NW students can expect to see several distinct changes.

“The racquetball courts will be totally redone,” Lesage said. “One of the key things is the separation of the weight room and exercise room from the general public.”

The Mini Gym remodel has been highly anticipated by many students.

“I’m excited for it,” Gildersleeve said. “It looks like there will be a lot of additions for the students to use weight machines and aerobic machines.”

Although the Mini Gym isn’t projected to be completely finished by its opening on Sept. 27, the administration does not seem too concerned.

The Mini Gym remodel is just one step in the process of renovating NW’s physical activity facilities. The new athletics practice and training area is in the very beginning stages and is currently projected to be finished by January 2015.

“It’ll be flexible space,” Lesage said. “It will include a weight room and conditioning space for athletes, a putting green and hitting nets for golf, batting and pitching cages for baseball and softball and a multipurpose area in which to practice.”

NW motivated by disappointment on pitch 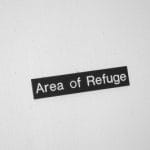 The unexplored unknowns of Northwestern