Are you a Democrat? Well, then you must just want to give everyone a handout.

Are you a Republican? Well, then you must be stupid not to believe in global warming.

You’re a Catholic? That’s not really Christian because you just worship statues.

You’re a Christian? That must mean you don’t believe in science or evolution.

Did I make you uncomfortable? I know I was uncomfortable just writing those statements. That’s because people today do not know how to talk about conflicting issues. They just make blatant misconceptions, as those listed above, without leaving room to discuss the issue at hand.

That is why there is so much value in the rhetoric classes the Northwestern English department provides. They teach students how to have civil dialogue. I know from personal experience there is no way to avoid talking about your opinion or your values all the way through life. By learning strategies in rhetoric classes to help navigate these situations, I have become a better citizen.

If you can’t find the time to fit at least one of the rhetoric classes into your schedules, here’s a short snippet. The point of an argument should not be to change someone’s mind. Read that again.

That is the biggest issue, I believe, when it comes to disputes. I know I’ve been prone to hearing someone say a statement counter to my own viewpoints and the argument goblin in me wants to jump at them about how they are wrong.

However, that’s not the point. The point should be to have an intellectual discussion that will enlighten both people into seeing their own perspectives from new angles, coming to new standpoints.

The strongest argument is one that ponders both outlooks of an issue in order to build up their own case. Also, the viewpoint of all conflicts being an argument rather than a debate is important. A debate indicates that the conversation is respectful of the other’s reasonings. An argument usually means it’s about to get heated, which shouldn’t be the case.

I also am pushed daily to debate rather than argue because of my calling as a Christian. All of us should respect other people enough to hear their perspective on an issue. If you are not a Christian, it is still normal human decency to listen to those around you.

Moreover, I want to impress that people can disagree with someone and still love them. Just because I hate a viewpoint does not mean I hate the person. A person is not defined by their moral standings but by their identity as someone created by Christ.

Christians are called to love everyone, which means I cannot get away with shunning my friend who thinks chocolate is God’s gift to earth when I find it to be disgusting. Nor can all of you who just read that hate me for having such an opinion. (No matter how radical it may seem).

The world is just becoming more and more controversial, and if this small mindset was implemented, there would be less “us” versus “them” and more acceptance. Enroll in a rhetoric class and learn even more about how to be courteous. Don’t let your argument goblin reign over you mind and lose you new friendships. 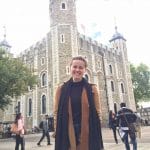 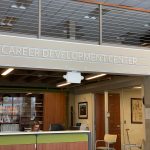