King Gizzard and the Lizard Wizard is undoubtedly one of the top-10  band names out there right now. The band is as eclectic as their name suggests, and they accomplished something remarkable in 2017: they released five full albums of music. Each album was released to moderate success, and the band has developed a rather devout group of followers.

Gumboot Soup begins with a unique track titled “Beginner’s Luck” This song introduces what is ultimately the record’s strongest aspect: its lead guitar. It effectively adds layers to verses and takes the spotlight on other moments during the record.

The guitar throughout the album is like an unchained beast roaming freely, with triumphant roars on “The Great Chain of Being” and more playful moments on tracks like “Down the Sink” and “All is Known.”

The lead guitar steals the show, and this helps the overall performance on the record as the lead vocals leave something to be desired. They fall into the vein of grungy, alternative and rock, but the lead voice is not memorable. Even with lyrics pulled up, I often found it difficult to follow what he was saying.

The instrumentals on the record provide a great variety, while remaining in one theme throughout. It’s as if every song sounds unique, but there is something I can’t really nail down that ties them all together. The genres encompassed throughout the track list shift from psychedelic rock to alternative rock and many moments in between.

The subject matter of the album is a bit erratic. One moment they are vividly describing the beginners luck that often accompanies new gamblers, the next discussing our planet’s immanent “heat death,” and the next describing feelings of being lost and comparing it to being lost in a desert barefoot. The imagery throughout is striking, and the album leaves listeners with images they will not soon forget.

A highlight of the album are the songs “Down the Sink” and “The Last Oasis.” Both discuss the topic of dreams, the former of which  is a look at many people’s dreams going down a metaphorical drain or “down the sink,” while the latter discusses how dreams can be a type of escape from reality for the songwriter.

Finally, the closing track “The Wheel” discusses how time moves as a wheel, and the line “into the future” is repeated throughout the track. The wheel may symbolize the unknown aspect of the future as it spins and leads us inevitably into that unknown future.

Conceptually, Gumboot Soup has a lot going for it. It tackles a wide range of themes and has a dynamic lead guitar performance along with some interesting instrumentation. However, after one listen I felt no compulsion to go back for more. Gumboot Soup is a unique musical experience that may strike a chord with select audiences, but for most it will be nothing more than a one-time experience. 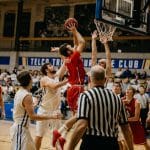