Running well in the Twin Cities The Roy Griak cross country meet, hosted by the University of Minnesota, is one of the largest meets in the country.  With over six collegiate races, it’s an event college teams from NAIA to Division 1 look forward to competing at.

This past Saturday, Sept. 23, the Red Raider cross country team had the opportunity to take on the course and finished with some headlines to be proud of.

On the men’s side, Northwestern College finished as the top NAIA team. Senior Hans Epp came in first for the Raiders, with a 26:48 time for his 8K race.  This was the second best individual finish at this meet in NW history.   He was followed by senior Peter Smith at 27:42, with seniors Tanner Goetsch and Tim Rose  not far behind.  Across the season, there have been three different Red Raiders with the best NAIA times at a meet, which speaks a lot for the depth of these four teammates and the way they work together as a pack.

Following the first four, freshman Nick Bernhagen, junior Peter Hollinger and freshman Josh Starr  all came in within nearly a minute of each othe

r.  Each of these runners finished with their best times ever on the Gopher course. As a team, the Raiders posted the lowest score at Griak in the history of the men’s cross country team.

On the women’s side, senior Katie Bosch  was the first runner in for the Red Raider team and the first NAIA finisher as well. Running her 6K in 23:03, Bosch was 45 seconds faster than the next NAIA runner to come in.

The women’s team placed second among the NAIA teams competing.  Bosch was helped by sophomore Bre Harthoorn, coming in at 24:50 and senior Sarah Lunn at 25:01. Sophomore Emma Van Meeteren and sophomore Katrina Engebretson finished off the scoring for the women’s team. Coming in 5th for the team, Engebretson showed up with her best team finish of her entire career.

As a team, the lady Raiders left with the highest place and lowest score ever in performance history of the Red Raider women.

NW’s weekend at Griak speaks a lot for what is to come for the Red Raiders this season. With a week full of training, the team has this coming weekend off for competition.  The Raiders look forward to competing next on Oct. 7 at the Briar Cliff invite. 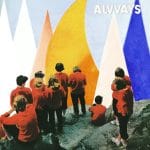