Both the men’s and women’s cross country teams made their way to Sioux Center last Saturday to compete in the Defender Classic. Both teams came away with great results.

The sixth-ranked men’s team dominated the meet, winning by over 55 points. They scored an impressive 23 points. Concordia was next with 78 points, Morningside third with 83 and Dordt scored fourth with 96 points. All seven Northwestern counters were in the top 20 in the race. Senior runners Tanner Goetsch, Hans Epp, Tim Rose and Peter Smith were the first four to finish the race. Goetsch, Epp and Rose all finished with an 8K time of 26:09 and Smith was only two seconds behind them for fourth place. Freshmen Nickolas Bernhagen and Joshua Starr finished 13th and 17th in the race and Bryce Nitzsche finished 20th.

Goetsch was named GPAC men’s cross country runner of the week. He is the second consecutive NW runner to earn this honor as Smith was awarded the same title last week. Coach Bahrke was extremely happy with the Raiders.

“The men’s finish was amazing! Having four Red Raiders zooming towards the finish line was a thrill. Tanner got out from the start and was able to hold off his teammates for the win. I was happy for him and his efforts,” Bahrke said.

The Red Raider women also had a solid outing this weekend as they took fifth overall. They were only five points behind Hastings. Dordt won the Defender Classic, beating Morningside by just four points.

Senior Katie Bosch won the individual title with a 5K time of 18:20, beating the next best runner by 16 seconds. This is Bosch’s second straight top-10 finish. Sophomore Breanna Harthoorn also had a great day, placing fourth with a time of 19:06, which was her second best career time. Sophomore Emma Van Meeteren placed 25th with a time of 20:20. The other four runners in the top seven for the Raiders placed 33rd (Sarah Lunn), 41st (Rebekah Muilenburg), 48th (Wesley Milligan) and 51st (Sam Sinclair).

The Raiders’ next race will be the Roy Griak Invitational on September 23  in Minneapolis. 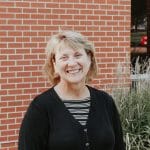 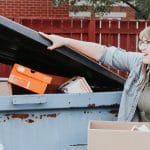 Tips for living a green semester