The No. 15 Northwestern men’s basketball team scored the first bucket of the game, and never looked back in their 87-66 road victory against Mount Marty on Wednesday night.
NW is now one game away from a 20-win season, and is sitting third in the GPAC with a 12-5 record.
The Raiders came out firing immediately, and started out the game on a 18-2 run. They continued to put on the pressure throughout the first half, leading by as many as 43-24 with a few seconds left in the half before a buzzer-beater three gave the Lancers some momentum going into half.
NW refused to let the hosts have life, and continued to outplay Mount Marty, leading by as many as 35 in the second half. Every player in a uniform had at least eight minutes of action in the contest.
Senior Walker Seim continued his hot streak, scoring a game-high 18 points in only 17 minutes. Junior Ben Miller put in 16 points of his own and led the team in rebounds with eight. Also scoring double digits were junior posts Daniel Van Kalsbeek (12) and Stu Goslinga (10).
Perhaps the most encouraging performance of the night was the Raiders defense, which held the Lancers to 32 percent shooting from the floor, and 33 percent from beyond the arc.
“Our whole game plan was to take their one shooter out of the game,” said junior Jacey Hoegh. “If he’s not shooting well, then their whole team doesn’t shoot well. Leeper and [junior Josh Vander] Plaats shut that kid out really well and it took their team out of rhythm.”
Against Concordia on Monday night in a rescheduled contest, Seim put the team on his back and dropped a career-high 34 points as well as grabbing ten boards to fuel a 91-80 road victory.
“A big part of our offense is to get the ball into the guys hands who are doing well,” Hoegh said. “Walker made a  big shot, and over the next five minutes we made a lot of play calls that went to him.
After having Saturday’s contest postponed due to an ensuing snowstorm, NW got to work early trying to erase two memories. One was of the slow start that doomed them in their loss at Dordt last time out, as well as avenging a home loss to Concordia earlier in the season.
The first half was all NW, who led by as much as 17 at the midway point, dominating the paint with penetration and drawing trips to the charity strip. The Bulldogs couldn’t buy a basket on their home court, and shot 36 percent from the field while going 2-11 from downtown.
Concordia slowly began to find their stroke and steadily chipped into the visitor’s lead. By the time there were seven minutes left in the game, the host’s had claimed an eight-point lead.
“Once we got the lead we began to relax a little bit,” Hoegh said, “which is something we’ve struggled with all year. Once they got that lead, we kicked it back in gear and got it going again.”
NW did not remain dazed and stuck with their game plan of attacking the rim, which helped them reclaim the lead with just over four minutes remaining.
Despite the impressive double-double by Seim, he was far from the only Raider to show up Monday night. Senior guard Jon Kramer went 10-15 from the floor and had 23 points of his own, which was one shy of his career-high. Leeper also added 10 points.
While the Raiders were not overly impressive in field goal percentage, managing only 45 percent,  they did earn 45 trips to the free-throw line. They converted 67 percent of their opportunities there.
The trips to the line could be attributed to the many fast-break opportunities the Raiders had in the contest.
“We just got stops,” Hoegh said, “we could run on them. They were out of position a lot, and that caused them to foul us a lot more.”
NW will return to their home court Saturday and play last place Doane at 4 p.m. 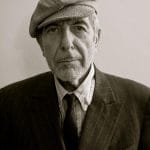 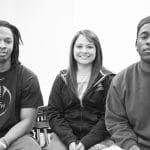