Moving on can be difficult, especially for an athlete. The camaraderie created by a team atmosphere, especially among teammates who have played together for four years, is hard to leave and even harder to replicate.
Of course, it gets even harder when that team has won multiple championships together.
“It’s scary as heck,” said senior guard Kami Kuhlmann, laughing. “I don’t like thinking about it. The only time I’ve thought about it this year was Senior Day, and that day I cried. It’s something I just try to push out of my head.”
The chemistry between the senior members of Northwestern’s women’s basketball team is obvious. For Kuhlmann and fellow seniors Val Kleinjan and Jessica Wedel, this team has become a family, with benefits showing up both on and off the court.
“We are very unique,” Kleinjan said. “We know how to read each other whether we are on or off the court. We know how to relate to each other. I think that chemistry separates us from other teams.”
Wedel agrees and points to the time spent with one another over the years.
“As we’ve gone through the years, our relationships have gotten closer,” Wedel said. “Having those people there with you is really good. We are all best friends.”
Winning national championships certainly can help a team accomplish that. The three seniors have participated in an incredibly successful campaign during their years at Northwestern.
As freshmen, they played in the Final Four before winning back-to-back championships in their sophomore and junior seasons.
“Winning a national championship is kind of weird,” Wedel said. “You don’t really feel like the season is over. Every other year of my life playing a sport has ended with a loss. You literally play 36 games and the last one you play, you win. But the feeling when we are on top and the clock is about to go out and your heart is just pounding like crazy. You are on top of the world.”
Kuhlmann recalled a moment during the last national tournament just after NW had fought back from a deficit in the final game to tie the contest.
“The crowd was so loud,” she said. “I remember Coach Woudstra just stood in the huddle and we listened to everybody. He just said ‘Wow guys, listen to that.’ It was the coolest thing ever. I still get goosebumps thinking about it.”
Life after basketball season will be an adjustment for each player.
“It’s really sad for me,” Kuhlmann said. “Some of my best friends are on the team. I see how much I’ve grown and how much other people have grown because of basketball and all the good things that have happened. It really scares me thinking I won’t find that again, because I value my teammates so much.”
The good news, of course, is that no matter how this season ends (at the moment, NW is ranked No. 7 nationally), each player will have memories that few athletes can boast.
“I don’t know how to explain it,” Wedel said. “Every time I look back at the pictures, that’s a feeling you never forget. Ever.” 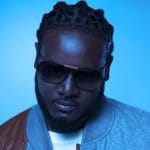