Sharing their gifts and love of God through music

Northwestern’s music ensembles have a tradition of traveling almost every year both nationally and internationally. This weekend, NW’s Symphonic Band will be going on a tour across the midwest.

The band will be traveling to Kansas City for their tour. Along the way they will be stopping at cities like Sioux City, Omaha, Missouri Valley and Papillion. While in these cities, the band will be performing concerts for high schools, churches and even nursing homes. In some cities Dr. Holt will be spending times with high school bands and putting on a clinic for them. The band will also have an opportunity to spend some time in service where they will be working with an organization called Open Door Mission, a rescue mission based in Omaha, Nebraska. In addition to all of this, the students look forward to having some time off while they are in Kansas City to explore on their own.

Like the music the Symphonic Band performed at their most recent concert, many of the pieces they will be playing on tour follow the theme of water though the program includes a variety of genres: marches like “Manhattan Beach” Irish Reels like “Molly on the Shore”, and even a piece titled “Beside Still Waters” based on the hymn “He Leadeth Me.”

Clare Struck, a junior music major and Dr. Holt’s teacher’s assistant, stated, that her favorite piece the band will play is “Sailing With Whales” which she describes as “very cinematic and sounds like it should be the featured soundtrack of a movie!” Another favorite of the band is a Disney medley which includes selections of songs from classic Disney movies like “Aladdin” and “The Little Mermaid.”

The students of the band have been preparing for this tour all semester, especially since many of the pieces they are playing were shared with their most recent concert. “There are a couple of new pieces,” senior music education major Ashley Van Ravenswaay explaind, “but most of our time was spent fine-tuning different parts of the pieces we have already played.”

The NW music department choses to tour for many reasons, explained Struck. “It’s an opportunity for fellowship within our ensemble—traveling together as a group allows us to make memories that last a lifetime. Most importantly though, it’s an opportunity for us to glorify God through music! We get the rare opportunity to travel every year to new communities and share the beautiful gift of music God has given us with audiences.”

The students heading on the trip look forward to bonding as a group and sharing their love of music. For freshmen Shay Van Gelder, this trip is the first band tour she has ever been on. She said, “I look forward to strengthening friendships in the band…and getting to meet new people along our tour…I am also excited to see how God works through us as a band to spread and help share the good news of Christ through our musical abilities.”

Freshman Luke Van Peursem is looking forward to his first band tour. He stated, “I love how NW really impacts on how God’s love is shown through our playing. We really bring out God’s glory!” 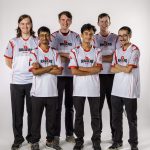 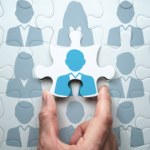 The missing piece to the English department