Shining a light on a theater expert with a servant heart

Karisa Meier, a dedicated triple major from Badger, Iowa will be closing the curtains on her college career here at Northwestern this coming spring. Meier knew she wanted to go into education since she always played school as a kid and found joy in helping her classmates with homework, but she has also been doing theatre since she was eight. “When I learned that I could make a career out the things I loved, there was no going back,” said Meier. That is what led her to study theatre education, english teaching and secondary education.

Throughout the past four years, Meier has been heavily involved in the theatre department by acting in five shows, had a production role in three shows, participated in RUSH for three years and has been in Drama Ministries Ensemble all four years.

Being an ensemble member in the theatre department has helped Meier be a part of what she would call a “once in a lifetime experience,” such as being able to tour with DME to locations such as New York City and Ethiopia, as well as writing and performing her personal testimony. “Doing art for the sake of the Kingdom has been one of the most meaningful parts of my time at NW,” Meier said.

Being able to create art is something that Meier is proud of doing. Meier was able to direct her first play as a part of the One Acts showcase while dealing with COVID restrictions. She said that experience was incredible because she was able to create something beautiful. Meier is also proud of her work as a stage manager for the children’s show her sophomore year, “Jonah and the Giant Fish,” and the 2021 spring production of “Eurydice,” because “watching the process of a show going from nothing into something beautiful is such a privilege.”

Being able to attend NW, Meier feels she has become a more assured person. She said she has seen herself become much more confident in “who I am, as an artist, an educator and a follower of Jesus.” Throughout the past years Meier has grown in many aspects, such as her leadership skills, how cares for and loves others and how she views her place in manifesting of God’s Kingdom here on earth.

Some of Meier’s favorite memories involve her theatre family, as well as her Fern 3rd south family. Meier has enjoyed the late-night runs to La Jaus and Blue Bunny, the dreaded but wonderful super long rehearsals for the upcoming shows and  the “Drop Dead Theatre” that happened her sophomore year where she was able to write, direct and perform three original plays in 24 hours.

When next fall comes around, Meier is hoping to student teach in Des Moines. After that, she is not quite sure what she will do next. “Maybe I’ll go right into teaching English, Drama or Speech,” she said. “Or maybe I’ll get into youth community theatre, or maybe I’ll pursue professional stage managing.”

Meier definitely has options for what she can do in her future and she is excited to explore what she is passionate about with the knowledge and experience she has gained by attending NW. 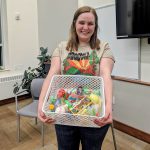 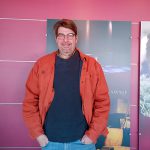