Should Christians be horrified of horror? On this, the national day of frightening costumes and chilling decorations, the question is asked: Should we as Christians seek entertainment in horror?

There seems to be a divide in our generation as to whether it’s spiritually acceptable to find amusement in the horror movie genre. With the recent release of demonic possession horror movies such as “Annabelle” and “Ouija,” is there a line that Christians should not cross when it comes to supporting this daunting genre?

“I guess I am against horror movies because of what they promote,” said Connor Shaull. “I feel like it’s promoting the devil’s game, and why would you want to gamble with that kind of control?”

Shaull went to see “Annabelle,” but was not too impressed.

“Movies like that are immature and predictable,” Shaull said. “I feel like it’s silly to play with fear.”

He explained that his distaste for the horror genre was due to how much of himself he put into the cinema.

“Some people can just watch it and forget about it, but I’m not one of those people,” Shaull said. “I see something and it sticks with me for a while.”

This is exactly why some people should not watch horror movies, according to history professor Michael Kugler.

“There is more than just personal taste that goes into enjoying horror movies,” said Kugler. “If a movie upsets you and stays with you for a while, you shouldn’t be doing that to yourself.”

Horror movies are produced to discover the fear of the audience and exploit it for entertainment.

Demonic possession is a common theme in newer horror movies, making the genre number seven in top grossing genres from 1995-2014.

“I think I do believe in demon possession,” Shaull said. “I don’t think people want to face the reality that demonic possession is a real concern and making it a show is dangerous.”

While some view finding entertainment in horror as gambling with their spirituality, others find horror films an eye-opening experience to the power of Christ.

“I think generally Christians should engage in art that is challenging ethically and faith-wise,” Jacob Christiansen said. Christiansen is currently taking an Honors Seminar taught by Kugler that focuses on the horror genre as a whole.

“I think there are repercussions for everything that we do, and viewing a horror film is no exception,” Christiansen said. “By forcing ourselves to view things that are difficult, unethical, even dangerous, it’s an opportunity for us to grow as Christians.”

Christiansen finds beauty in the art of the horror genre and suggests that it benefits the Christian community to be uncomfortable.

“I think there is value in highlighting the fallen world that we exist in,” Christiansen said. “I think the Christian community at times forgets that the real world has dark and evil.”

Some in the Christian community are concerned that viewing this type of disturbing entertainment is an open invitation to allow the devil in.

“Demonic horror movies are targeted at Christians,” Shaull said. “Don’t invite that kind of mentality into your life.”

“I think (that mentality exists) because we misunderstand horror as a genre,” Christiansen said. “I think there is value in seeing horrific things as a way of understanding how horrible the world is. I think it’s hard for us to understand a genre that celebrates things that are evil.”

While some members of the Christian community fear the genre of horror, others embrace it as a search for spiritual enlightenment.

“The more evil there is in the world, the more beautiful Christ’s death for that world is,” Christiansen said. 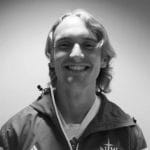