Podcasts are gaining popularity these days. With their many different topics – from murder mysteries to financial advice to economic or Christian topics – podcasts give insight into how our world works and allow ordinary people to make an extraordinary impact. Considering podcasts are from all over the country, wouldn’t it be awesome if there was a podcast in our neighborhood? Well, right here at Northwestern, there is a podcast hosted by Michael Simmelink, the Hospers resident director.

Simm’s podcast series “Take it to Heart” launched in November 2019 on Black Friday. There are currently around 29 episodes of TITH. Simm tries to release new episodes on Tuesdays and Fridays.

“The Take it to Heart podcast is a micro-pod with episodes no longer than 15 minutes,” Simm said. But while it may be shorter than other podcasts, Simm still entertains his viewers. Take it to Heart is a space for people to be passionate about day-to-day things. The tagline for the podcast is “A podcast for hot takes, moralizing preferences, and feeling deeply on the mundane.”

Simm said that he started TITH after listening to a podcast from The Ringer, a website and podcast network he enjoys. The Ringer covers a lot of sports, culture and tech-type information. The podcast that gave Simm the idea to start TITH was “The Hottest Take” where members of The Ringer staff spout off their hot takes.

“I liked the idea, and have blatantly ripped it off,” Simm said. “I think there’s some things Take it to Heart does better, but that’s our model.”

Simm really enjoys podcasts and spends too much time consuming them.

“I’m not enough of an expert in anything to make a high-quality podcast like The Lowe Post or The Bill Simmons Podcast, but I do have opinions, and I thought I could make a run at that,” Simm said.

In his podcast, Simm hosts local guests, which have mainly been students and a few friends, then each of them takes turns holding “the talking stick.” The talking stick means that whoever is holding it shares a take on day-to-day things. The holder is not the only one talking, though. The other person pushes the conversation. Do they agree? Do they disagree? Do they double down or reject it?

“The podcast is just the recording of that discussion,” Simm said.

Even though Simm has dreams of one day hosting his own podcast, he doesn’t believe it’ll ever happen. Whether he has a possible podcast career in his future or not, he still sees potential in his micro-pod he has now.

“I want a decent-sized listenership that is invested in the pod and having their own debates with friends about the topics we bring up,” Simm said. “We live in a really tense time. Politics are a gong show. People are on both sides of the aisle on cancel culture.”

Simm thinks there’s a time and space to care about those things, but he also thinks “there’s a space to go back and forth with friends about whether ketchup is a completely replaceable condiment” (Which he agrees that it is).

He doesn’t just hope for a decent listenership, though.

“I also hope that people consider ideas and opinions they never would have thought about even if it’s something as simple as normalizing the courtesy flush,” Simm said. 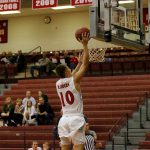 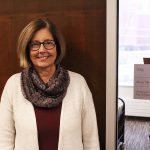