In the town of Joseph, Ore., three sisters discovered their ability to sing in a crystal-clear, three-part harmony whose sound would carry far beyond the Rockies land across the world. Joseph, a band named after the sisters’ grandfather Jo and the town he lived in, consists of Natalie Closner and her younger twin sisters Meegan and Allison. Musically inclined since they were young, the group released their second album I’m Alone, No You’re Not on Aug. 26 of this year.

Following their self-produced Native Dreamer Kin, Joseph’s new 11-track album tells of their life in the Pacific Northwest. It opens with “Canyon,” a misty mountain story that feels like you’re running barefoot through the evergreens in the Columbia River Gorge when you close your eyes. With mysterious abandon, their harmonies speak to the inner wilding spirit in all of us.

This sophomore album is lead by the hit single “White Flag,” one of the most satisfying battle cries set to music. The constant, low hum of harmony carries throughout the song, accompanied by boisterous clapping and tom drums. The chorus, reaching almost a scream in intensity, is enough to get the blood pumping through tired veins.

Faint tastes of pop style are tucked between soft ballads that sing of love lost and found like “I Don’t Mind” which attests to the grace that covers faults in the best relationships.

“SOS (Overboard)” is a testament to the loneliness everyone experiences, mixing simple melody with sea shanty influences.

This glittering album only adds to the accomplishments Joseph has accumulated, including 2016 Spotify Spotlight Artist and a tour with James Bay. This year they’re off to Europe with Michael Kiwanuka and will return to another US tour with James Bay that will includestops at Radio City Music Hall and The Ryman Auditorium.

Full of its own magic, I’m Alone, No You’re Not floats through the clouds of Oregon’s beauty and lives up to the lyric from “Honest,” “There’s always two thoughts, one right after the other. I’m alone. No, you’re not.” It emphasizes the need everyone has for human love and appreciation. 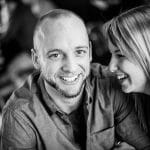