Last weekend the NW wrestling program traveled to Hastings, Nebraska, to compete for a place in the national wrestling tournament.

Head coach Rik Dahl said, “There were many unknowns as we headed to Hastings, to battle a very even tournament field.”

The Raiders had finished their dual season in a three-way tie for second place with Midland and Morningside, trailing first-time GPAC champions, Briar Cliff.  The Raiders fought hard throughout the day, and when all was said and done, six wrestlers had earned their place in the national tournament.  Leading these six men were seniors Nick Null, Jake Hergott and Brandon Shuler.

Nick Null has been a dominant wrestler for the Raiders all season and lived up to that standard as he finished the day with a fall, a technical fall and a major decision in the finals to secure his first GPAC championship title. Both Shuler and Hergott finished second on the day with big wins over ranked competitors in their semifinals matches.

Sophomore Andrew Null also secured a place at the national tournament as he joined his brother at the top of the podium with a first-place finish and his first college championship title.

Of his younger brother’s success, Nick Null said, “I thought making the GPAC finals with my little brother would be pretty cool! But then he won…talk about pressure.  I can’t let him say he’s better than me yet, so I had to go out and win in a more dominant fashion over a returning All-American.”

Two other sophomores who earned a trip to the national tournament were 2017 All-American Dante Preciado and first-time qualifier D’rell Gist.  Preciado earned his third-place finish competing in the most challenging weight class in the conference.  Gist knocked off his opponent from Concordia to make it to the finals.

The Raiders finished second place on Saturday in the tournament. It was not only the efforts of these six qualifiers that contributed to this second-place finish, but also the hard work and talent of the rest of the team.  Five other Raiders helped earn team points for their second-place finish. Sophomore Daniel Zealeny and freshman Reid Seelhammer both earned two wins and Seelhammer finished sixth in the 197-pound weight class. Seniors Brock Brenneman and Elijah Dahl both recorded wins in their final college tournament. Junior Cole Mills also won a match by a technical fall on the day.  The Raiders will be back in the room training to compete at the 2018 national tournament March 2 and 3 at the Jacobson Center in Des Moines, Iowa. 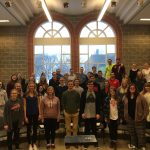 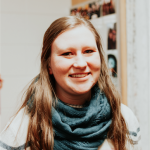