The music and theatre departments at Northwestern encourage students to pursue their passion for fine arts, while still working toward a variety of different majors.  For sophomore sociology major Andrew Rinne, this is exactly the case.

Through his experiences playing tuba in Symphonic Band, singing in the A cappella Choir and playing the role of Henry in NW’s recent musical, “Next to Normal,” Rinne has experienced all aspects of the fine arts at NW, while still pursuing a non-music major.

Rinne characterized his overall experience as “…a lot of really good laughs with really good people, in all three ensembles,” Rinne said. “Everyone really has a passion for what they are doing, and they are willing to put in the work to be the best they can be, but we always make time to laugh and enjoy each other’s company.”

Rinne has been in choir since elementary school and has always enjoyed singing.

“The thing that I’ve come to enjoy a lot is how there really is no limit on how good you can get if you put in the work,” Rinne said. “No one is too good to keep learning and growing, and no one is so bad that they can’t get better if they put work in.”

In addition to singing, Rinne has been playing tuba since his junior year of high school and now enjoys playing at the collegiate level.

“I really love the tuba because the sound is so deep and rich,”Rinne said.

Since being at NW, Rinne has participated in two band tours, travelling last year to New York over spring break and travelling to South Dakota and Nebraska for a weekend tour this semester.

In high school, Rinne was involved in musical theatre through school and church. In fall 2016, he made his NW theatre debut as Edmund in “The Lion, The Witch and The Wardrobe.” This spring, Rinne was involved in NW’s production of the musical “Next to Normal,” playing the role of Henry.  The musical surrounded the topics of depression and mental illness.

Rinne said that involvement with so many music groups takes time and requires a lot of focus in order to stay caught up with school work.

“It takes a lot of discipline to stay on top of things,” Rinne said. “Honestly, sometimes I got a little behind in some classes during the musical, but my professors were super helpful and willing to help me out through that.”

Rinne also noted that all of his professors have encouraged him in his time at NW, supporting his musical endeavors as well as his academics.

“They continue to help me because it does feel pretty overwhelming at times,” Rinne said.

It’s safe to say music is something in Rinne’s blood, and that passion isn’t leaving anytime soon. 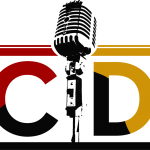