The Northwestern men’s soccer team split two games this week, winning 2-1 Wednesday night at home against Briar Cliff and losing a heartbreaker 2-1 at Midland on Saturday.
Against Briar Cliff, the Raiders were attempting to bounce back. They got on the board early from a great individual effort goal by freshman midfielder Gabriel Goncalves. “Gabriel scored a gorgeous goal,” said coach Dan Swier. “He got the ball at midfield, dribbled all the way into the box and put the ball over the keeper’s head.”
Briar Cliff evened the score early in the second half, but sophomore forward Graham Kinsinger scored on a header inside the six. He was assisted by freshman Leo Sanchez. It would turn out to be the difference in the game.
“After every goal we give up, our guys get together on the field for a quick motivational talk,” Swier said. “They’ve been doing that since the first game of the season. I think it helps us respond really well.”
On Saturday, NW traveled to face a tough Midland team. The Raiders led at half 1-0, off freshman Adam Abuhadema’s first goal of the season. Not staying down for long, Midland evened the score in the second half.
“We did a good job of counter-attacking and of getting in behind,” said junior defender Nate Mastbergen, “[but] we need to do a better job of finishing.”
With 10 seconds left, Midland crossed the ball to the middle of the box, and freshman goalkeeper Luis Hernandez punched it away to a Midland player, who scored with two seconds left.
“You rarely, if ever, see a buzzer beater in soccer, but that’s as close as it can get,” Swier said. “The guys were pretty down afterward.”
The men host Doane at 7 p.m. on Saturday. 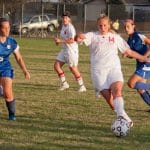 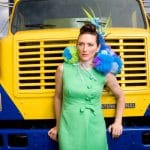