The (RV) Northwestern Raiders softball team (23-7, 2-4 GPAC) opened the home slate on Saturday, April 2 with a doubleheader split with the Concordia (Neb.) Bulldogs (15-3, 4-4 GPAC). The Raiders fell to the Bulldogs in the first game 3-1 but came back to split the doubleheader to pick up the 6-4 win. Junior infielder Gwen Mikkelsen tallied her second home run of the season in game two, as freshman pitcher Kate Kralik picked up her 13th win on the season in the circle.

The first game of the doubleheader proved to be a pitching battle as both sides could only muster seven combined hits. Scoreless through the first four frames, sophomore Erika McKenney led off the bottom of the fifth with a double. Sophomore Kameryn Etherington would lay down a sacrifice to move McKenney to third. Senior Emily Strasser would bring McKenney home with a sacrifice of her own, to give NW their only run and the 1-0 lead. Offensive struggles plagued the Raiders in the first game, mustering just two hits. NW was sent down in order in four of the seven innings. Etherington threw her second complete game of the season, allowing five bulldog hits and just the three runs in the sixth. Etherington’s eight strike outs are tied for the second most in an outing this season, this brings her season total up to 68. NW took the loss for game one of the doubleheader.

In game two of the day, the Bulldogs struck first in game two in the top of the first. Three straight Concordia hits, after a lead-off double, plated on run. Kralik settled down to leave runners stranded on first and second. After a leadoff walk from freshman Chloe Gallegos in the third, head coach Shane Bouman utilized the small ball to manufacture a run to tie the game 1-1. A Bulldog error later in the frame allowed for junior Madysn Grotewold to score from third. Concordia pushed across another run in the fourth to retake the lead, 2-1. The bats stayed quiet for the Raiders through the first three innings as the first hit would not come until McKenny singled to shortstop in the fourth. A couple of Concordia defensive miscues would set up senior Jordyn Kramer with two outs and runners on second and third. Kramer delivered the biggest hit of the day with a single to left field to score two giving NW the 3-2 lead. Mikkelsen then stepped up and blasted a ball over the right field wall to extend the Raider lead to 5-2 in the fifth.

A final insurance run would be scored in the sixth by junior Jen Goeve sacacrafice bunt RBI, as the Raiders would need it to head into the final frame. Concordia, not giving up, came back with two runs but could not surpass the Raiders. The game ended 6-4 with a NW win and a split in the doubleheader. 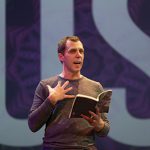 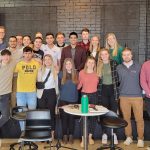