Last year an absolute horror broke out over the internet. A trailer dropped for a movie many were eagerly expecting and with that trailer came an image few could forget. Sonic. Or what was supposed to be Sonic the Hedgehog.

“Why does he have human teeth?” Twitter wondered with disgust. Quickly the studios producing the film put its release on hold and completely redesigned the beloved speedy hedgehog.

When the second round of trailers was released, it seemed that peace had been restored to the world. Now, certified fresh on Rotten Tomatoes with a 64% critic score and 93% audience score, it appears that the redesigns were a smashing success.

The film follows the adventures of alien exile Sonic (voiced by Ben Schwartz) who like his video game counterpart, is a speedy blue hedgehog.

Sonic’s childhood guardian  warned him to stay hidden and should he ever be discovered, to run off to another planet using the magical teleportation rings she gave him.

In the beginning of the movie, Sonic has been on earth for several years. All this time he has remained hidden but watches the residents of the town and yearns to be among them.

One particularly lonely night an upset Sonic accidentally releases energy that cuts the power of the entirety of Northwest America. Chased by Dr. Robotnik (Jim Carey) and his egg-like drones, Sonic seeks the help of the town police chief Tom Wachowski (James Marsden).

Viewers who enjoy silly movies that have the main goal of lighthearted pure fun will likely have a good time watching “Sonic the Hedghog.”

The movie is very silly including many pop-culture references and enough quips from the blue hedgehog to satisfy a script for an Iron Man film. The plot puts Sonic and Tom through a lot of ridiculous hijinks throughout their journey from Green Hills, Montana to San Francisco, California. Their friendship is the heart and soul of the film, leading to many sweet, heart-warming moments that lead to just plain warm fuzzy feelings.

Fans of the Sega video games have also been incredibly pleased with the film, which is always an A+ sign of approval in regards to adaptations.

The real draw of “Sonic” is Jim Carey’s performance of Sonic villain Dr. Robotnik. The character is a classic Carey role: full of spontaneous crazy monologuing, over exaggeration in face movements, voice and random dialogue. It’s pure onscreen chaos, and its incredible.

One can seriously see in Carey’s eyes how much fun he’s having just flouncing around set and being a goofball. Not to mention, the costume design for Dr. Robotnik is phenomenal. He might be a psychotic scientist, but his first black outfit? Iconic. Show stopping. Incredible. Your man could never.

This all being said, viewers who are looking for depth beyond pure entertainment will likely be left unsatisfied. While the friendship message of the film is sweet, its hammered in without much subtlety, and often results in whiplash-like moments where out of nowhere the film switches from happy to sad as Sonic laments being lonely and having no friends (which is a mood for many mopey teenagers and college students, but still).

Some of the jokes land really well, particularly with Carey, but some viewers may find the humor of the movie childish or cringey. Sonic flosses not once but twice—and not even that well!

In the end, whether “Sonic the Hedghog” was a homerun or a strikeout is really just a matter of personal taste and point of view, but if you enjoy fun movies that don’t take themselves too seriously and need a break from mind-numbing homework and studying, it might be the movie for you. 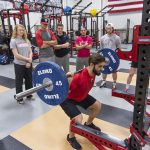 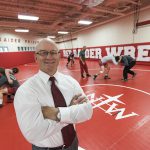