At the beginning of fall semester, students often get asked the same unoriginal question: “What did you do this summer?” Typically the resulting responses are equally lack-luster. For sophomore Laura Hurley, she is one of the few whose answer isn’t as generic as the rest.

This summer Hurley went on a medical mission trip to Nicaragua with the Mayo Clinic. Hurley, a pre-med student at Northwestern, heard about the trip through her sister, a medical student at Mayo. Through the organization Global Brigades, Hurley and a group of 30 others traveled to San Marcos, a village of approximately 2,500 people. The group was composed of a few doctors, five undergraduate students (including Hurley) and several were first–and second-year medical students.

From July 1 to July 10, Hurley and the group organized and facilitated medical clinics for the residents. The clinics were set up into stations at which basic information, vitals, medical history and a small pharmacy were available.

“As undergraduate students,” Hurley said. “We would talk with the patients and take a medical history, and then we would debrief the doctor on what was going on, and they would actually see the patient.”

Although unable to do many medical tasks, Hurley was nonetheless affected by her experience in Nicaragua.

“It was huge for me to be able to go and help people,” Hurley said. “I wanted to do the trip to see what it was like since I was pretty sure I wanted to go into medicine, and this trip solidified it for me. It was awesome.”

For Hurley, the work done in the clinics, although worthwhile, brought feelings of inadequacy at times.

“It was like, ‘We can help you to a point,’” Hurley said. “How do you feel like you’re helping someone if it’s only helping for a short time?”

Regardless, the people aspect of the trip to Nicaragua was important to travelers such as Hurley so was the community. For the week and a half Hurley was in Nicaragua, the clinic was held in the fellowship building of the village’s church.

“We had been using the sanctuary area of the church to take vitals and hold the people as well as using the fellowship area for the clinic,” Hurley said. “So we were working in association with the priest of the church and the church elders.”

Unfortunately, the last day of the clinic was Sunday mass for the church.

“We were thinking, ‘We don’t know what we’re going to do; we’re going to have to find another space,’” said Hurley. “But the clinic was so important to the priest and the community that they actually canceled mass because they wanted people to have access to it. The clinics were a huge deal to them.”

This act, as well as the experience in general, challenged Hurley’s faith.

“The trip made me look at myself and question, ‘Am I trying to do too much on my own?’” Hurley said. “Especially going to a place where I’m suddenly dependent on other people (to communicate). I’m not in my own comfortable realm anymore. Then I realized, ‘I’ve been trying to do it all on my own for too long.’ Just putting my faith back in God and depending on him is important.”

Hurley said she hopes to join Global Brigades and the Mayo Clinic again next year on a similar trip. 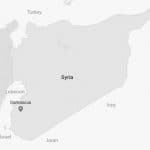 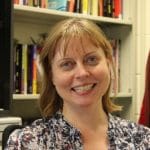