Cassidy Bultena, a junior from Webster City, Iowa, recently discovered a strong passion for an unusual activity. Just last summer, Bultena attended Camp Yellowstone Alliance Adventures in Bozeman, Montana, where she worked as a first-time counselor. While there, Bultena was put in charge of the rock wall. She learned about all the necessary equipment and techniques for climbing. Bultena then taught the campers all she had learned and created lesson plans for each new day.

“Working with the kids as well as being on the rock wall was ultimately what sparked my passion for rock climbing,” Bultena said.

Helping the climbers strategize where they could climb next was one of the most thrilling parts of Bultena’s work. She recalled feeling as though she was holding their whole life in her two hands. One of Bultena’s favorite moments during camp was when a camper told her he didn’t need help as he proceeded to put his helmet on backwards. Bultena enjoyed working at the rock wall so much that she is hoping to be assigned there again next summer.

Since camp ended and school began, Bultena has not had much time to continue her passion. However, she has climbed a couple of times in Sioux City at the indoor climbing wall. She believes the climbing wall in Sioux City is the perfect destination for local climbers.

“It can be for beginners or more advanced people,” Bultena said.

Although she enjoys climbing inside, she would prefer climbing anywhere outside. Her all-time favorite place to climb thus far is the Garden of the Gods in Colorado.

Something that makes rock climbing more enjoyable is finding others who share a similar passion for climbing. Bultena has been amazed by the number of climbers on NW’s campus.

“You don’t hear about rock climbing a lot, but it’s amazing to see how many people on campus are into the activity. I didn’t think there were as many as there are,” Bultena said.

Bultena feels that NW should invest in a climbing wall not only for herself, but also for others who are interested in the activity.

If the opportunity ever arose for her to climb any building without getting in trouble, she says the first place she would choose would be Zwemer Hall.

“I’m not sure how I’d climb it,” Bultena said with a smirk, “but I would figure that out if I ever got the chance.”

Although Bultena has only experienced this passion for a short time, she lives by a phrase that she thinks everyone should follow: “Whenever you’re ready to give up on homework – quit and go climbing instead!”

Not sure what you’re passionate about? Maybe rock climbing is what you’re missing! Bultena is always looking for climbing partners! 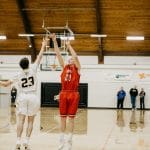 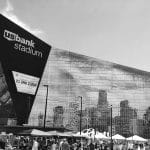