What is La Mosaic? Maybe a poster with the word “SEX” on it with a La Mosaic invitation underneath catches students’ eyes, or others may remember the group being involved in the color-powder-throwing party on the green in the spring, but what it is may still be a mystery. Perhaps that’s because the answer is much simpler than anyone expects.

“It’s a group, but it’s conversation-based,” said Kaylee Henn one of the student leaders of the group. “Yeah, we’re a club, but we try to make it more of a family atmosphere where the conversation is pretty organic.”

The weekly meetings are prompted by issues that affect students’ lives, and they are meant to be a place where students can have open conservations that explore topics like sex, mental health and other topics in a place where they feel at home.

“The intention of it is to be a space where people feel safe, and if you don’t have a group where you have a sense of belonging we try to do that,” Henn said. “The phrase we use is ‘Building belonging by dignifying difference.’”

The current schedule of events includes a series on Sex and Consent, and after midterm break the leaders plan to assess more subjects students are interested in.

“That’s how the group started,” Henn said. “A group of students really felt the need to be able to talk about where they didn’t fit in. We want to continue that and push into where we see students needing that kind of space.”

Henn leads the group with fellow students Elizabeth Ellis and Adebola Adeyemo, and wants to build a group that pours into each other and then carries that into other areas of life.

“It’s important to learn how to have these kind of conversations,” Henn said.  “This space facilitates that…so you can have them in your dorm, so you can have them in your cafeterias, you can talk about them in the library and stuff like that. Learning how to do that better and then helping other people learn was why I was attracted to [La Mosaic].”

The specific topics for these conversations have often come from student life at college.

“[Northwestern] is its own environment,” Henn said. “A lot of things we talk about end up stemming from social issues that we see on campus, or in similar places.”

Students also bring up topics that are part of a national conversation as well. Henn said it isn’t always brought up by a specific event in the news, “but it could very well be related to current issues.”

Many of the conversations that students want to hold this year have already been challenging, but Henn said that only makes it more rewarding to see people come together to talk about them.

La Mosaic grew from the desire for a place to talk, and Henn wants to see that desire grow to reach other people of campus and get them excited about what they can do to affect change.

“I had somebody approach me and say, ‘This is awesome that we’re having this conversation, but what can we do now?’ and I want to see more of that.”

Any student can be a part of the group and join La Mosaic Thursdays at 8:30 p.m. in the Fireside Room in Ramaker. 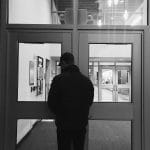 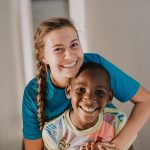