Just five years after the release of her hit album “Ctrl”, Grammy award-winning artist SZA has returned with her third studio album “SOS”. In this album, we get to see an array of what SZA can truly do. Throughout the album, there are elements of hip-hop, R&B, soul and pop-punk. The variety of genres encompassed within the album can make it hard to group it with any one genre, but after multiple times listening to the full album, I think it is best described as a creative expression of experimental R&B with perfectly placed influence of both current popular artists and artists of the past.

If “Ctrl” was not enough for you to truly appreciate the vocal abilities of SZA, then I highly recommend you check out this album. Throughout the record, she consistently proves from track to track just how talented of a vocalist she is. Switching from emotional verses, into soulful, joyful and sometimes heartbreaking choruses. A perfect example is the second track, “Kill Bill.” The track, named after Quentin Tarantino film of the same name, is just one instance where you can see, hidden behind the upbeat melody, the lyrical and vocal talents of SZA. The song is about SZA seeing her ex with a new woman. After seeing how happy he is, she decides that only she (SZA) should have him. This desire leads her to plan to kill her ex and his new girl. You can figure out what the song is about through the chorus, but if you do not listen to the verses closely enough, you can quickly lose the emotion that goes into the song.

It is not just “Kill Bill” where we get to see the lyricist that SZA truly is as she is credited with writing, or at least partially writing, every song on the album. On tracks like “Seek and Destroy,” “Low,” “Blind” and “Shirt”, we see how SZA can take her complex lyrics and find a flow that perfectly fits the beats given to her.

It is not only SZA that we get to see musical talent from this album, as she has several prominent artists who feature in her songs. These features come from notable names like Travis Scott, Don Toliver and Phoebe Bridgers. All three of these artists have had their own success on solo projects, and they truly shine in each of their features. I found it nice that Scott, who is a rap/hip hop artist with usually fast paced beats and lyrics, slows down in his feature on “Open Arms.” Rather than SZA trying to make a song that Scott can fit into, she makes a song that is her style and Scott just fits the mold.

Toliver who features on “Used,” is an artist who fits the style that SZA songs seem to have. Toliver, who is more of an R&B artist than Scott, seems like he truly understood the vision SZA had with this song.

When I first noticed Bridgers as a feature on this album, I was initially shocked, as SZA and Bridgers seem to come from two different genres. Needless to say, I was pleasantly surprised by Bridgers’s feature on “Ghost in The Machine.” The song begins with a slow beat, and as the song progresses and SZA speeds up her flow, it speeds up until Bridgers starts her verse. As Bridgers enters, the beat reduces to just a piano and some background vocals. It is not until Bridgers starts to speed up her verse that more instrumentals and melodies are added into the song, which allows for it to perfectly flow right back into SZA’s verse.

Whether you love, hate or have never heard of SZA, you should check out this album. There truly is a little bit of just about everything on “SOS”, whether it is the pop-punk sound in “F2F,” the nod to classic Hip-Hop in “Smoking on My Ex Pack,” or the soulful vocals in “Blind.” SZA truly is a once in a generation R&B artist and I can say with certainty that I am excited to see what she does next. 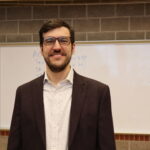 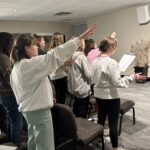