The Red Raider women’s tennis team is currently deep in GPAC play. Before heading home for Easter break, the Northwestern tennis team traveled to Sioux City to play against the Morningside Mustangs, coming up short in the match up 3-6. Returning from the break on Tuesday, the Raiders had an excellent showing beating the Mount Marty squad easily 9-0.

The Morningside match was the first away match in GPAC play for the lady Raiders. It was a hard loss for the Raiders after coming off the win against the College of St. Mary.

The three wins against the Mustangs came from the top two players, freshmen Yemisi Ayeni and Zoë Holscher. The duo won in number one doubles easily with a game score of 8-2. In single play, Ayeni went on to win 6-4, 6-3 against the senior from Morningside Cassie Stanek. Holscher also won her singles match in a straight set battle at the number two position (7-6), (7-3), (6-3).

On Tuesday the tennis team travelled to Mount Marty where they earned their second conference win improving their conference record to 2-2. The Raiders swept MM, not dropping a set throughout singles play.

Doubles also went well for the Raiders who only lost one game in the two doubles matches. Ayeni improved her record to 8-3 on the season at the No. 1 spot. Holscher and Sophomore Kendra McGinnis both picked up their seventh win of the season at No. 2 and No. 3 singles.

Ayeni and Holscher each won their respective singles matches, and McGinnis and freshman Emma Van Drie won in their doubles match.

The Raiders will finish out their regular season this weekend with two road matches.

At 4 p.m. on Friday the 21st, the tennis team travels to Crete, NE to compete against the Doane Tigers. At 10 a.m. on Saturday the 22nd, NW will have their final GPAC match against the Concordia Bulldogs in Omaha, NE. 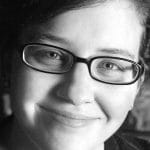