“The Crucible” opens this weekend

The theatre department is about to open another play this weekend, and it is a classic. In fact, many students may recall having read the play in high school. It is called “The Crucible,” by Arthur Miller.

Open now through Nov. 17, there will be six public performances of “The Crucible” in Northwestern’s Proscenium Theatre. The show is directed by professor of theatre Bob Hubbard and involves a large number of NW students on stage and off.

“The Crucible” is based off the true stories of the Salem witch trials in 1692 and was written by Miller to rebuke the dangerous hysteria of 1950s McCarthyism. The play explores viewpoints to show the issue from many perspectives.

Underlying themes include humility, the danger of moral certainty and society’s susceptibility to authoritative bullies.

Hubbard says the play was chosen this year because it is a classic and the staff thought the show wrestled with some timely themes.

“I knew [“The Crucible”] would be a challenge, but I was thrilled to take it on with our ensemble,” Hubbard said.

Senior theatre major Randyl Lynn Getz was around when the show was announced last year, and even though she didn’t know a lot about the show then, the more research she did, the more excited she became.

Getz plays Abigail Williams, the female antagonist, and was overjoyed when she found out she got the role.

“It was a role that I had really hoped for and worked really hard in preparation for auditions,” Getz said. “[Abigail Williams] is a very challenging role because she’s so different from me, but at the same time, I like the challenge. It makes it more fun.”

Freshman Rachel Smart was also overjoyed when she found out she was cast in the show. Smart plays Mary Warren and is very grateful to be in the show. She says that everyone has been very inviting to her, making her experience as a freshman a good one.

“[The process] has been really good,” Smart said. “Everyone is so supportive and kind, and they make you feel like part of the family right away. It has also been so much more professional.”

Agreeing with Smart, both Hubbard and Getz said the process has gone really well.

“It has been a lot of fun,” Hubbard said. “The designers have come up with some very creative and unexpected choices; it has been a joy to watch it grow.”

Many others are also involved in the show, including stage manager Hannah Wamhoff, assistant stage manager Maren Taylor, a total of 19 actors and a very large number of crew members and professors who have helped tremendously.

After putting forth a countless number of hours on the show, Hubbard, Getz and Smart all agree that people should definitely come see it.

“I think it is just a really powerful show,” Smart said. “It makes you think about how to apply it to your own life and how to look at injustice.”

“The play helps people look at things that happen in the world from multiple perspectives,” Getz said, “and not be quick to judge or jump to conclusions.”

Tickets for “The Crucible” can be ordered at nwciowa.edu/tickets or by calling the box office at 712-707-7098. 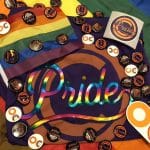