The dating culture across NW campus Rushed, ill-advised, isolating, heightened, extreme, serious, exposed and pressured. These are words that three Northwestern students used to describe the college’s dating culture. Of course, these words show only the opinion of a small fraction of the student body, but there is still a statement being made, considering all three of the students have different relationship statuses.

Junior Cameron Esch is single, senior Joshua Fischer is currently dating a fellow NW student whom he met here at the college and junior Karisa Meier is in a long-distance relationship with someone from high school. However, all three students have seen similar trends happening here on campus.

The dating culture has been a debated topic for years, with popular student slogan “ring by spring” being a widely said phrase across campus.

For students who are dating at NW, a noticeable trend on campus is the pressure pot on romantic relationships, potential couples or even just friends who are seen hanging out together. Marlon Haverdink, dean of residence life, has observed from a staff member’s perspective the pressure that students are under when it comes to relationships.

“I do think it’s unfortunate that if you begin spending time with someone, there are assumptions,” Haverdink said.

“If you go on a date with someone, all of a sudden you two are a ‘thing’ and it’s this huge deal,” Esch said. People should be able to go on dates freely with anybody that they are interested in getting to know better.”

When comparing platonic and romantic relationships, Meier thinks the prioritization between the two types of relationships depends on each individual person. However, Meier sees a lot of value in forming strong friendships while in college.

“I don’t think romantic relationships are viewed as more meaningful on campus as a whole. Friendships are considered extremely important at NW,” Meier said. “Building a healthy support system of friends who will encourage you, keep you accountable and love you well is something that will last you longer than a romantic relationship might.”

However, Fischer is hesitant to use “toxic” to describe the culture.

“Toxic is a strong word, but I definitely think there is some unhealthiness to NW’s dating culture. There is a lot of pressure to end up married to the person that anyone is currently dating,” Fischer said. “It seems that a successful relationship is defined as one that ends in death. We don’t allow people to date and break up and to still call a success. There is a lot that people can learn from relationships that do not end in marriage.”

There are many relationships at NW that do end in marriage, though. According to NW’s Institutional Research Office, since 2015, 127 individuals have gotten married while attending college.

However, marriage during college is somewhat inevitable due to the proximity of such a large group of young adults, all who are in the same season of life. Having students who get married is not a unique circumstance to NW, and Haverdink has seen it happen at other colleges as well.

While it seems like a never-ending cycle of marriage on campus, NW students find it important to focus on self-worth outside of relationships, too.

“There is a lot of value in being single,” Esch said. “You are able to fully focus on your relationship with God.”

Even with dating as a highly discussed topic on campus, dating isn’t the purpose of attending college.

“It is not a failure to graduate without being in a relationship,” Fischer said. 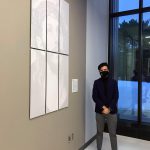