The dirt on laundry

College students love good deals and often shrink away from rising prices. Unfortunately, sometimes we have no choice when it comes to paying for the necessities. This seems to be the case with laundry at Northwestern.

Joe’s Appliance, NW’s laundry provider, raised the price from $2.50 to $3.00 this year. Fifty cents may not seem like a big deal, but over a college career, that could easily add up to over $70. However, even if $70 does not seem like a significant amount, paying more than you feel is necessary is a frustrating experience.

It feels as if we are being nickel-and-dimed when there is no viable second option. There is a laundromat near Johnny’s Place where you can save 50 cents each time you do your laundry, but most students are not even aware of this option.

Students who are mindful of this opportunity might find it to be vastly inconvenient, especially for those who do not own a car. Considering the limited alternative options, Joe’s Appliance basically has a monopoly on student laundry.

Those who have taken a course in microeconomics could tell you a thing or two about the effect of a monopoly. The biggest impact of monopolies is on what economists call “total surplus.” Total surplus is the sum of the buyer’s and seller’s gains resulting from a transaction.

When a seller has a monopoly, they have no competition forcing them to lower prices. As a result, the transactions will benefit the seller more than usual.  Monopolies are considered a negative situation, because the buyer’s loss is always more significant than the seller’s gain. Thus, total surplus is decreased.

On a corporate scale, the government steps in when it sees a potential monopoly. For instance, when AT&T attempted to buy T-Mobile in 2011, the move was blocked by the Department of Justice. On a small college campus, the federal government is not about to step in to protect the students, but maybe the college could.

NW could request that Joe’s Appliance lower the cost of laundry to a more reasonable price. At The-School-That-Must-Not-Be-Named it costs 75 cents to wash and 50 cents to dry. It would be nice if we could settle on a price where Joe’s could maintain a profit while students could also enjoy lower laundry costs.

If NW were to ask Joe’s to decrease prices, they may also lose some money. Joe’s pays NW 30% of the revenue it makes from the machines. This is to cover the utilities of running the machines. However, it would seem utility costs are already more than covered in students’ room and board. Also, I believe the amount students will save would mean a lot more to them than what the college stands to lose.

I hope it is clear that I do not believe Joe’s Appliance should be to blame at all for the rising prices. They are a company set up in order to make a profit. On the other hand, it would be nice if NW would consider doing its students a favor by encouraging lower laundry prices.

Give metal a chance 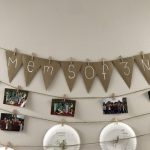