The good, the bad, the ugly: dating at NW

Connections with the opposite gender play a big role in the average Raider life. Though the cover of the story about Northwestern relationships looks good, students have realized the expectations end up being not as glamorous as it seems. The size of NW is a major factor in developing relationships. Ben Von Heeder notes NW has more relationships than an average four-year institution.

“I have friends that go to universities, and they say there are barely any relationships,” Von Heeder said. “Here it seems like everyone is in a relationship. That’s what they are looking for. In a big university, they don’t necessarily go out seeking that.”

James Teutschmann agrees and credits this to the idea that the ability to build relationships here is escalated. “The community aspect is preached, along with being intentional, so there is an encouraged atmosphere of having conversations with people,” Teutschmann said. “That leads to conversations with the opposite sex, which can lead to dating.”

Tanner Goetsch reminds us that it is not only the atmosphere we live in, but also the students who come here that may encourage the bounty of relationships produced.

“The people here are really cool, so it’s easy to meet someone,” Goetsch said.

But is NW really the rose garden of relationships? An anonymous student commented that NW relationships had a negative effect on their own relationship. Transfer student Josie De Wit sees through NW’s trend.

“Relationships here are different than at other schools,” De Wit said. “But I don’t necessarily wish my boyfriend went here. I can separate my friends and schoolwork from my relationship; I like that I don’t have to try to do all three at the same time.”

Luke Galloway sarcastically exemplifies the unfortunately all-to-common NW ordeal of anyone of the opposite gender being seen together.

“If you go to the Old Factory with a person of the opposite sex, you’re automatically getting married,” Galloway said. “There’s kinda this expectation that by the time you graduate, you gotta know.”There is a high expectation for marriage on campus.

“People are pressured to get married really early,” Lexi Weaver said. “If you’re not in a relationship, then it’s like you have to be in one again right away. It’s just part of NW’s culture.” The pressures to find that person may explain why so many NW students appear to be on the lookout. The small, Christian atmosphere at NW has established a unique dating culture most other colleges do not understand, and with phrases like “Ring By Spring” and “graduating with an MRS degree,” it is not hard to see why. 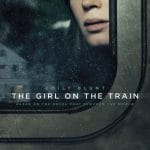 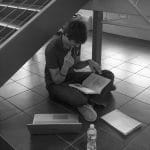