This is the time of year when many people are starting to question and fail at their recently-formulated New Year’s resolutions. I, for one, have always found these resolutions a source of humor rather than one of change. It always seems that people either make them so vague that it is almost impossible to fail them (i.e. “eat more vegetables in 2018”- something not actually trackable) or they are so daunting that people will undoubtedly fail and then forego the resolution altogether.

I believe this toxic cycle of resolutions has made it more difficult for individuals to be successful with changes they want to make in their lives, and it is because of these preconceived notions that come with resolutions as well as the language used to make them.

Accompanying the aforementioned negative aspects of resolutions is the feeling of anxiety that accompanies the failure of achieving the set task. As a result, our sense of self-worth is lowered in response to not changing this characteristic that was supposed to be transformed. One cause of this is the language of absolutes.

The use of these statements that vow that they will always do something sets up the individual for certain failure. There are too many aspects that are out of our control to speak in absolutes. Even though you resolve to always go to the gym and work out three times a week, a bout of the flu or a particularly hectic schedule can easily derail this resolution.

Another problem with the language of resolutions is that it is often negative and is not focused on the process of achieving the resolution. If a person is using a resolution to change something negative in their life, it often can be one of two things. They are considering an aspect of themselves as negative when it is not necessarily negative in the first place, but the world around them has convinced them it is negative. Otherwise, this negative attribute is consuming them and they will constantly be focused on removing the negative rather than focusing on the positives that slowly come from removing that negative aspect of their life. Both will often result in failure at their resolution.

For these reasons, I would propose that one should focus on goals and the language used in this context rather than resolutions. This may seem insignificant, but I believe it has the potential to change one’s perspective as well as the success rate of one’s goals. A goal is something that should be measurable rather than something grand and unattainable. If there is an aspect of the goal that you can track, keeping a measurable record can spur one on in one’s endeavor.

One can also use these measurable aspects to make smaller goals and milestones while working toward a larger goal. Goals often have room for setbacks and adjustments, which allows for temporary failure. With this grace, a small failure while pursuing a goal will not completely derail someone. Goals are also something one should be comfortable with discussing with friends while having accountability at the same time. This can motivate individuals to stick with their goals in response to a friend keeping them accountable.

In the end, people inevitably want to be successful at changing different parts of their lives. So why not set oneself up for success rather than failure? 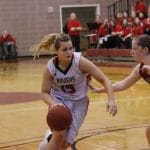 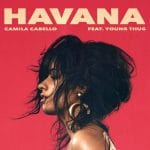