The sweetest rush of the big time reunion

It is the age of reunions and one of the most recent reunions is Big Time Rush. That’s right! The gang is back together. This four member boy band has reunited and produced some new music introducing new versions of their old hits. If you are not aware of the band, you can get a general idea from their very own TV show titled “Big Time Rush.”

After their four year stint from 2009-2013, the band took a break. While the members maintained contact with one another, the band only resumed in 2020 with their new song “Call It Like I See It.” They also produced other singles like “Not Giving You Up,” “Fall,” “Honey” and “Dale Pa’ya.”

With five new singles, Big Time Rush expands the image that we used to know and love. “Not Giving You Up,” “Honey” and “Fall” are similar to their old sound; upbeat tunes about the perfect girl. However, it takes this old sound and alters it into a more developed sound that matches the most recent hits in the music world. However, “Call It Like I See It” and “Not Giving You Up” are very repetitive. The chorus in these songs repeat a single phrase, which can get tiresome.

“Dale Pa’ya” expands the band’s repertoire the most. This song is the first song of theirs that is partially in a different language. The chorus is mainly in Spanish. The phrase “Dale Pa’ya,” sung by the guest featured artist Maffio, and verses are a mix of both English and Spanish. This song has a funky saxophone melody that reminds one of the saxophone melody in “One Problem” by Ariana Grande.

Through their new singles and old remakes, it is evident the band has matured not only with their voices, but with the overall message of their songs. Their first new single after the group united was “Call It Like I See It.” It has a very different vibe than their earlier music. This song has a more beachy, upbeat feel. Additionally, it differs from the earlier music in the fact that the earlier music featured more of the rock sound and had the typical innocent boy band topics such as bad break ups, ruling the world and partying. However, “Call It Like I See It,” “Worldwide (Acoustic)” and “Not Giving You Up” show the band’s growth and maturation that can be identified in the quality of their voices and the ability to produce harmonies.

One aspect that the band has grown is their tone quality. The earlier sound that some of us grew up hearing is very distinct due to the fact that the voices of the four members have unique tones that can be easily identified. For example, James Maslow, member of the group, has the breathy nasal voice that is very noticeable especially in “If I Ruled World” with his line “If I ruled the world I’d dream out loud.” However, the newer songs showcase the members’ more unified, blended sound where one cannot identify each individual when they sing. For example in “Not Giving You Up,” the vocals, especially in the chorus and the bridge, are more unified and produce a matured sound.

Another aspect where the band has grown is their harmonies. In several of their new songs, the group sings more harmonies than their old music. A prime example is “Worldwide (Acoustic).” The acoustic version of “Worldwide” that was recently released is a stripped down version that really showcases their growth as musicians individually and as a group. The first verse underlines the individual maturation of the voices between Kendall Schmidt and Maslow. The chorus and the tight harmonies demonstrate the overall group growth as musicians. “Worldwide” is probably one of the best songs that Big Time Rush has produced recently. It shows the group’s love for performing and making music together. 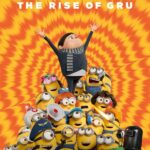 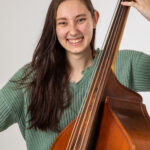