Being students at a Christian institution, we are taught to think about how our faith impacts all areas of our lives. This is helpful when it comes to how we move through the world and love others. The harm comes when this idea snowballs in to Christian Nationalism.

“Christianity Today” defines Christian Nationalism as, “the belief that the American nation is defined by Christianity, and that the government should take active steps to keep it that way.”

Christian Nationalism completely disregards freedom of religion, which is a fundamental right when living in America. I like to think about it this way: if I lived in a country composed of Muslims, as a Christian, I would not want the laws I had to abide by based on a religion I did not follow, in this case, Islam. So, why would Christians in America hope to impose these kind of Christian structures onto people who do not believe the same religion as them?

This is especially harmful considering the decline in Christianity in America. According to Pew Research Center in 2011, Christians made up 75% of the U.S. population. In Dec. 2021, only 40% of U.S. adults self-identify as Protestant. Extending that further only 63% self-identify as Christian, of all varieties (Protestants, Catholics, members of the Church of Jesus Christ of Latter-day Saints and Orthodox Christians). Considering these statistics from the last decade, Christianity in America is drastically declining and will continue to do so.

Many Christians are getting ethics and legality mixed up. Just because I believe something to be ethical based on my religion and personal beliefs, does not mean that those stances should be reflected in law.

I’ll give an example: let’s say I get into a car crash. This accident is completely my fault and I have very seriously injured another person, to the point that they are in a life-threatening situation. They need a kidney in order to survive and I happen to be a match. Should I give them my kidney? Ethically, I would give that person my kidney. Others may not, depending on their ethics and also life situation. Maybe their health situation would not allow them to give up a kidney. Or maybe they cannot afford to miss work because of this invasive surgery. There are a lot of reason one may choose to give up their kidney or not. Should I be legally required to give them my kidney? No. This would be a direct violation of my bodily autonomy, the right I have to control what is done to my own body.

Just because my ethics tell me that I should give that person my kidney, does not mean that should be made into law. This is a popular example on how to view bodily autonomy when it comes to abortion. Even if you have a pro-life Christian ethic, that does not mean this should be reflected in law. Ethics and legality are very different things, and my ethics are not superior to anyone else’s.

Let us not fall into the trap of oppressing people in the name of scripture. Let us be people that can hold true to what we think while still allowing room for what others believe. Imposing my beliefs onto someone else in the name of Christianity will never lead anyone to Jesus, it will just continue to assist the decrease of Christianity in America. 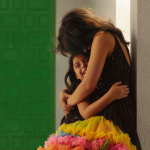 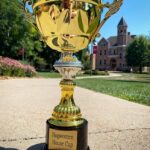 The wizarding world of Hogwestern