On Friday, March 13, all Northwestern students received the email with the subject line “Northwestern Transitioning to Online Classes.” Students had until Wednesday, March 18, to move off of campus. The necessary decision left many senior athletes heartbroken. As a result, they would not be able to compete in their final season of spring sports. However, an unexpected announcement from the National Association of Intercollegiate Athletics (NAIA) provided some astonishing hope.

The NAIA released a statement saying that they would not charge students any eligibility for this spring season of athletics. According to NAIA.org, “In an effort to provide relief, no spring sport student-athlete will be charged a season of competition. Any spring sport student-athlete who was enrolled full-time in 2020 will be awarded two additional semester terms of attendance or the equivalent.”

This release was the same one that announced a cancellation of the spring 2020 sports season. NAIA President and CEO Jim Carr said that “the growing state of emergency due to COVID-19, as well as the Center for Disease Control’s recommendation yesterday to limit gatherings to fewer than 50 people for eight weeks, meant we could not in good conscience move forward with the spring sports season and championships.”

Josh Fakkema, a NW football and baseball athlete, is one of the many seniors who will be taking advantage of this opportunity of renewed eligibility.

“I was already returning in the fall for my last year of football,” Fakkema said. “When I got the extra year of eligibility for baseball, I figured why not? I’m already going to be a student next year and it doesn’t change my graduation date. Plus, there are so many memories I missed out on with my senior year, and it just wasn’t the way I wanted to finish and leave.”

While this year is most certainly one that students won’t forget, seniors around the NAIA are getting the opportunity to come back for their last year and finish it out the way they want to. 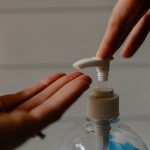