Northwestern’s track and field team made the short trip to Sioux Center on Saturday to compete at the Dordt Invite, where 37 of NW’s entries finished among the top 10 in their events. Two Raiders were named winners.

Junior Matt Huseman continued his phenomenal run of form by winning the men’s high jump for the fourth-straight week. He cleared 6-10.25 feet and once again meet the NAIA standard. He will have a chance to repeat as NAIA champion.

Senior Brandon Hammack recorded the third-fastest time in the GPAC this year to win the 400-meter dash with a personal best of 50.28 seconds.

“It means that I am peaking at the right time and the coaches are doing a great job writing the workouts,” Hammack said.

Three additional athletes joined the growing list of Raiders who have qualified for the NAIA Indoor National Championships held in Geneva, Ohio later this month.

Sophomore Logan Hovland finished in third place in the men’s 1,000-meter and met the NAIA automatic standard with a school-record time of 2:31, and crossed the line just four seconds behind the first-place finisher, who ran the fastest time in the nation this year.

Junior Dawn Gildersleeve grabbed second in the women’s 1000-meter with a time of 3:02, and met the NAIA provisional mark.

Sophomore Megan Walhof finished second with a time of 59.79 seconds in the women’s 400-meter, and also met the NAIA provisional standard.

NW had three sprinters among the top 10 in the men’s 55-meter. Junior Jeriah Dunk came in third with a time of 6.5 seconds, Hammack finished sixth in 6.6 seconds, and junior Jesse Selgeby finished seventh in 6.68 seconds. Selgeby also finished eighth in the 200-meter with a time of 23.55 seconds.

Sophomore Jena Krebs had a great performance on the day by throwing 50-03.25 feet to finish third in the women’s weight throw and finished eighth in the shot put by tossing 41-03.

The Raiders dominated both the men’s and women’s 800-meter. Four athletes finished among the top 10 for the men and three for the women.

Senior Brianna Hobbs finished third in the women’s race with a time of 2:22, and was followed closely by junior Jackie Niewenhuis who finished fourth in 2:22.7. Senior Amy Van Skike finished ninth in 2:28, which completed a great event for the Raiders.

The Raiders head to Crete, Neb., this afternoon to compete in the GPAC Championship Meet.

“Our chances are pretty great this year of placing at the GPAC meet,” Hammack said. “It is something that hasn’t been done before on both men’s and women’s sides. We have a strong team that has the capability to take at least top eight across the board.” 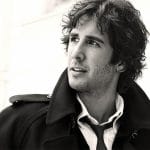 ‘All That Echoes’ is heart-wrending, showcases vocal talent