Time to hit the comic books CONNECTING OVER COMICS AND GAMES

As college students, it is important to spend enough time on schoolwork, but it is just as important to take breaks every once in a while. A stop at the Orange City Games and Comics store is a great way to take a break from those hours of study.

Over the summer, OC Games and Comics moved to downtown Orange City from their former space near Holland Plaza. Their new home is at 117 Central Ave SE.

“There was a two-week period where this was a flower shop and then two weeks later we were opening, so that was pretty crazy,” said store manager Seth Riphagen, who runs the store alongside Aaron Krull and Patrick DeBoer.

The store’s selection of comics includes most DC characters like Batman, The Flash and Wonder Woman in addition to Marvel characters like Iron Man, Spider-Man and Captain America. They also have comic series based on cartoons like Adventure Time and Steven Universe.

Riphagen had some general advice for those who are new to the world of comics. “You can start really anywhere to be honest with you, as far as comics go. People get hung up on having number ones, but it’s not necessary. Usually people pick up a contained story like ‘Killing Joke,’ or ‘Watchmen’…or ‘Civil War,’” Riphagen said.

Riphagen also said the store’s stock is updated regularly. They get new releases as soon as they come out, and their backlog includes numerous comics released within the past two and a half years.

The store also carries a variety of board games, such as “Settlers of Catan,” “Smash Up,” “King of Tokyo” and “Codenames.” For newcomers, Riphagen suggested games like “Wits and Wagers” or “Cards Against Humanity.”

Riphagen also recommended that students try their hand at co-op games. “If you actually want to start getting into slightly harder games…pick a co-op game. A lot of people aren’t very competitive, so you can pick up something like ‘Pandemic,’ games where you’re playing with each other, not against each other.”

The store has numerous tables and free games to play, so you are able to hang out and play games with others. Riphagen said there are usually people there most nights. “I’m open till midnight. It’s pretty rare that I’m alone when I close. There’s usually a few people hanging out.”

And for those new to board games, Riphagen is more than willing to help people learn the tricks of the trade. “I can try to teach a game. I can’t guarantee you I can teach all of these, but I can attempt to,” Riphagen said.

When asked about some of his goals for the store, Riphagen emphasized his desire to create community: “We just try to provide a social structure for people. You can buy a game online, but you can’t buy friends to play a game with you. So… if you want people to play the game with you, it’s nice to have a place like this where you can actually meet people to do that.”

Whether you are a veteran to playing board games and reading comics or you have not touched one since middle school, OC Games and Comics provides ample opportunities for meeting new people, reading comics about your favorite characters and playing games with friends. 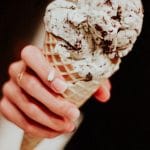 It’s staring us in the face