Top 5: Nerdy but amazing board games

Descent is effectively Dungeons and Dragons, but it all happens in one session, and while it does take quite a while, it is significantly easier and quicker to play than a traditional D&D dungeon crawl.

One person is in charge of the monsters, the traps and the dungeon at large, as is traditional in tabletop role-playing games, and the rest are an assortment of magical, rogueish or burly heroic skeleton-whacking types—the heroic folks.

They make their way through whatever nasty place gets set up for them, doing their best to run from, avoid or bash the head in of any obstacles.

It rarely feels like the game has run out of ways to try to make everything so much more terrible for the players.

While it does take a long time to play—four or five hours—it’s an excellent game.

The king is dead. The king is always dead. That’s because he’s the king. The assassin tends to target him quite often.

Every turn, the players get some money or some cards that could be played, all attempting to build eight buildings of various sorts. Each role also has a special ability, with the thief being able to steal money from others, and the warlord being able to destroy other players’ buildings.

It’s quite competitive, and rarely is there a clear leader the entire game, as usually whoever gets ahead gets ganged up on by the rest of the players. I’ve never seen kindly human beings turn into savage murderers and cutthroat architects of each others’ downfall so quickly.

Not a great game to play with the family.

Uncles do not quickly forget being assassinated three times in a row.

Dominion is a deck-building game where each part of that deck is either made for getting more cards or winning the game or both. That sounds far more boring than it is.

The game begins with each player having the exact same deck of cards—seven copper pieces, and three victory point cards.

Five cards are drawn each turn, and the cards have different functions, from being money to allowing the player to draw more cards, or buy more things, or play more cards from their hand. The goal is to have the most victory points when the game ends.

The victory point cards are both expensive and generally useless, so stuffing a deck with nothing but those cards will probably result in disaster, famine and losing.

There is incredible variety and replayability to be had with Dominion, and the rules are simple and quite intuitive.

This game will make you hate your friends.

Each player is in charge of an alien species, unless someone gets Humans, but who needs Humans when you’ve got swarms of spacefaring bees, a parasitic mind-controllers, space-robber-barons, and robots that simply wait until the end of the universe by Entropy? Humans are boring.

On each player’s turn, they draw a card that might have a color on it, or it might not. Exciting!

That color that determines who they will have a titular Cosmic Encounter with, implying that the player doing the drawing will be invading a planet of the color they drew. This planet is most likely owned by another player, and it is unlikely that the owners are just going to give it up without a fight. A space fight.

It’s amazing how many nasty things people will say and do.

It plays like Risk, but is slower and significantly more engaging than picking Australia and then rolling dice to see who gets to lose Asia this turn.

Diplomacy takes an entire weekend of doing nothing except playing and sometimes eating.

The game is simple—each player heads a nation, and every 15 minutes, all players must turn in written orders for what they want their nation’s armies to do.

The fun arrives in two ways.

One, every player’s orders are written down prior to the turn and are all carried out simultaneously with rules in place to resolve fights and conflicts, such as two players invading the same territory.

Two, it is actively encouraged that the players lie, hold secret meetings, backstab their friends and even go so far as to change the orders of another player if their papers are left unattended. 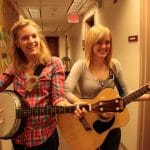