On Feb. 2, President Donald Trump continued his track record of international shakeups from his administration by announcing the United States’ departure from the Intermediate-Range Nuclear Forces Treaty (INF) with Russia. Secretary of State Mike Pompeo pointed to Russian failure to comply with the deal as the driving factor behind the withdrawal, but Russia disputes ever violating the terms of the agreement despite following suit and leaving the agreement themselves shortly after.

The withdrawal has massive geopolitical implications, not only in the U.S.’s historically shaky relationship with Russia, but also in interactions with the ever-growing nation of China.

To fully understand the INF Treaty, we mustlook back at its origins in the Cold War. In the 1970s, American dominance in the arms race was erased when the Soviets achieved strategic parity with the development of the SS-20 missile, capable of striking almost anywhere in Europe with unparalleled speed. This did not sit well with Americans, who sought to neutralize the projection of power these missiles provided the Soviets over the continent.

The U.S. approached the Soviets with a “zero-option”, proposing lowering the presence of INFs in their possession to almost zero. The first stages of negotiation were rocky, with headway not being made until the mid-80s. Finally, they came to an agreement to eliminate ground-based missiles with the ranges of 500-5500km (310-3400 miles) in both their arsenals. Former U.S. President Ronald Reagan and Soviet General Secretary Mikhail Gorbachev signed the treaty in 1987, setting a keystone in European treaty that would survive beyond the fall of the USSR and into the 21st century.

Fast forward to 2019, and the White House has been accusing Russian president Vladimir Putin of violating the agreement for years. By pulling out of the deal, Trump is effectively giving both the United States and Russia free reign to openly produce the missiles previously banned, something which both countries have already announced as their intention.

Trump’s supporters say the deal is a relic of a bilateral global struggle, and  the addition of China as a world power cripples America’s ability to compete. Meanwhile, opponents of the move say it will rekindle old flames that many thought were extinguished at the end of the Cold War in 1991. If a nuclear arms race does indeed restart, the U.S. will already be at a disadvantage. Through manipulating the deal for years, the Russians already have built up a massive head start, leaving the U.S. to play catch up with both them and the unchecked Chinese arsenal.

Although neither country seems eager to return to the negotiating table, there is but the smallest of prospects for the deal’s survival. The treaty won’t officially terminate until August of this year, six months after both countries ripped it to shreds. An agreement in that time span would successfully restore the treaty to a version of its former glory and possibly open the door to the addition of China as a participant.

However, it seems Trump and Putin will have a better chance of finding a needle in a haystack than salvaging this deal. A big part of Reagan’s legacy looks doomed at the hands of our current world leaders and almost nothing can save it now. 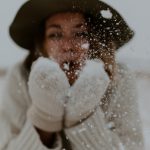 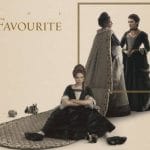