Imagine being given an opportunity to spend three weeks in a country that is almost 6,000 miles away. Northwestern has made that opportunity possible for 12 high schoolers from Tokyo, Japan.

The Winter English Program (WEP) is on their tenth year running this January. The WEP is coordinated by Carrie Anderson, who has served in many roles at NW, but has been an alumni office assistant for six years. Anderson has been involved with the WEP for several years but has served as coordinator for the 2019 and 2020 programs. Because of the COVID-19 global pandemic, NW has been unable to host the program for the past few years, but Anderson is excited to bring the program back. “It’s a really great opportunity for the students who come to experience a taste of the unique dorm life at a rural Christian college,” Anderson said.

On Jan. 15, twelve high school seniors from Meiji Gaukuin, a high school in Tokyo, Japan, arrived on NW’s campus. One of their longtime teachers, Norimichi Odate, is a NW alum from 1980. During their three week stay, these students will attend a variety of field trips which include exploring Orange City, venturing to Sioux City, going ice skating and visiting some local farms. Some other activities they will do on campus include game nights, playing badminton in the RSC and going to basketball games in the Bultman Center to cheer on the Raiders.

The WEP team hired four tutors to help the WEP students develop their skills in English. The tutors are Elyssa Tang, Beau Risley, Emma Hansen and AJ Schaefer. These tutors meet for a few hours each day with several of the WEP students to discuss topics of American culture or learn English in a conversational and friendly atmosphere. “All of the students are friendly and would love to have conversations with other NW students. They are open to experiencing everything about American culture from going to a farm or exploring a Walmart,” Schaefer said.

Despite only being here for a few weeks, Anderson noted how students who participate in the WEP “are always so sad to leave when the program is done!” In Anderson’s past experience with the program, she has noticed that students make strong relational bonds from just being here for three weeks. “At the end of the stay, they will share some reflections on their time at NW, and I love hearing what they learned and enjoyed during their visit,” Anderson said.

Schaefer encourages NW students to reach out to the WEP students to make them feel welcomed and loved. “Some advice when communicating to the WEP students is to talk slower and to enunciate your words. They know English very well, but we Americans often blend our words together or use a lot of slang in conversations. If you take the time to get to know these students, you won’t regret it!” 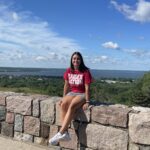 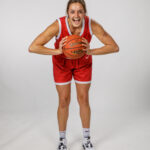