Walk off double to sweep Dordt On a brisk, chilly night, the Northwestern Red Raider baseball team rebounded from a 1-3 weekend with two wins against the Dordt Defenders. Though both were come-from-behind victories, they each had a different feel.

Game one was the more deciding victory of the two, as the Raiders overcame a fourth inning grand slam by the Defenders. NW did so by relying on the long ball, scoring all 10 of their runs via home runs. The fireworks show helped set a new school record of six home runs in a game, topping the previous record of two games tied at 5 (2002 and 2009).

Senior AJ Nitzschke and junior Colton Harold each contributed a pair of blasts past the outfield fence, while junior Drew Schutt and most recent GPAC Player of the Week senior Austin Zylstra each added another homerun.

Sophomore Ben Zeutenhorst got the start on the mound, going 3.2 innings. Freshman Evan Olesen (1-2) came on in relief, throwing 3.2 innings while earning the win. The first game ended with the Raiders winning 10-5.

Game two of the doubleheader proved to be more of a nail-biter for the Red Raiders, taking the full seven innings to squeeze out a win over Dordt. Junior pitcher Luke Hughes got the start on the mound and went the distance for the Raiders, throwing 5.2 innings and only allowing three runs. The Dordt Defenders jumped on the Raiders early, putting up two runs in the second inning.

However, their offense was stifled the following three innings, during which the Raiders responded with four runs of their own. Both sides were quiet until the sixth, when a Dordt two-run home run tied the game. Later in the inning, the Defenders regained the lead, 5-4.

The Raiders failed to respond in the bottom half of the inning. Hope seemed to be lost in the Raider dugout until junior Josh Fakkema stepped up to the plate with two outs and a runner on second base. Fakkema worked himself into a 1-1 count, geared up for the next pitch, then sent it on the line over the left-center field wall for a two-run, walk off win 6-5. The homerun was his first on the year.

Sophomore Sutton Derr would earn the win on the mound.

“I didn’t think it was gone at first,” Fakkema said about his game-winning hit. Fakkema received a lot of love on social media, and everyone from the NW football coaches to the NAIA baseball Twitter page gave him a shout out.

“Every time I checked my phone I had notifications from Twitter,” Fakkema said 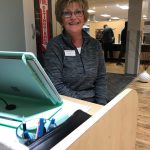 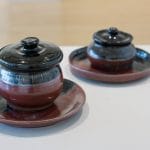