“There are a lot of ways to get to know a person,” thinks R, the protagonist in “Warm Bodies,” upon meeting Julie. “Eating her dead boyfriend’s brains is unorthodox, but …”

We leave it to the reader to guess what happens next.

This is the kind of clever, self-aware narration that runs throughout “Warm Bodies.” In a post-zombie‑ apocalypse world, the zombies go through stages of decay. The most advanced zombies, “Boneys,” have given up any semblance of humanity and are simply killing machines. The other zombies are stuck in a sort of limbo. R is one of these zombies. He needs to eat, and he can only eat humans. “But I’m conflicted about it,” he assures us as he digs into a man’s wrist.

In one of his hunts, R encounters Julie, the daughter of a military general. When her boyfriend is killed (by R), R brings Julie back to the airport where he lives and attempts to keep her safe. Awkwardness ensues.

To pull off the levels of accessibility it aims for, “Warm Bodies” has to skirt several genre lines, and it does so deftly. The romantic comedy crowd will be amused and touched by R’s adolescent inner-monologues. “Don’t be creepy,” he admonishes himself as he tries to communicate, in a zombie-like way, with Julie.

The final scenes should satisfy the action-hungry viewers as an army of zombies advances on the last remaining humans.

Perhaps unfortunately, the Hot Topic crowd will love the Tim Burton-esque premise and R’s striking resemblence to a member of My Chemical Romance.

In a rather obvious attempt to keep the PG-13 crowd engaged, the zombie violence is considerably scaled back from somewhat comparable movies such as “Zombieland” but not so scaled-back that a zombie fan can’t enjoy it. Brains still squelch, flesh is still eaten, zombies still walk around with blood dripping from their mouths. But the actual violence isn’t gratuitous.

Although traditional zombie fans will likely cringe at the nontraditional liberties “Bodies” takes, the movie offers several creative alternatives to the traditional zombie narrative. Brains, for example, are not the only part of a human worth eating for sustenance. But they definitely are the best part. When a zombie eats a person’s brain, it experiences that person’s memories with a drug-like hallucination. This is a wonderful experience for beings who can no longer remember their own pasts and identities.

“Bodies” is, of course, by no means a perfect movie. There are plot holes, and moments of contrived emotion. Julie adjusts to the death of her boyfriend a little too fast to be truly natural. The zombies themselves are confusingly dexterous: R manages to repeatedly get a record going so that he can listen to music. At times, R’s in-his-own-head eloquence seems at odds with his outer inability to communicate. One almost forgets he is supposed to be a creature who feeds only on human flesh. Which brings us to the most glaring problem: As much as we cheer for R and Julie as a couple, it will always be creepy to see a pretty girl kissing a corpse.

But logic isn’t really what “Warm Bodies” is about, as one might expect from a zombie romance. It isn’t about how the zombies move or where the plague came from or how R is able to think so much. Rather, “Bodies” is about love, friendship, the potential for change, the beating heart, the emotions, the feelings. It’s clever, it’s touching, and it’s fun.

Any viewer with a working heart will walk away feeling warm. 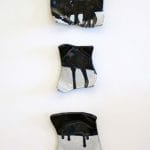 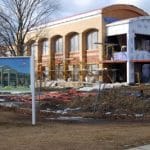