West and Heemstra Halls are preparing for their annual date night.

Even though many former Heemstra residents now live on the third floor of Coly, they have managed to keep up this tradition.

This year the group will be going to a hockey game featuring the Sioux City Musketeers versus the Des Moines Buccaneers.

“We usually go to a hockey game,” said junior Nate Johnston. “We usually scream our heads off.”

“ It was the frist time I’d been to a hockey game so that was exciting,” Maloney said.

While most of the guys choose to ask girls who are their friends or girls who they are possibly interested in going out with, this isn’t always the case according to junior Abe Klafter.

“It can also be a man date,” Klafter said.

He will be going to the game with his roommate.

While most couples attend the hockey game, the date night is not completely planned out. Some couples choose to go out to eat beforehand separately or in groups.

“It is better to be in a group of friends and to meet new people,” Johnston said.

Residents ask their dates in a variety of ways. Fresman Ignacio Higuera asked his date in the very public setting of the Cafe.

“It was just a spur of the moment kinda thing,” Higuera said. “I was extremely nervous. My heart was pounding really fast, but I think it was because of the adrenaline. The whole thing just feels like a dream; not because it was magical, but because I can’t believe I did that.”

According to sophomore Kori Heidebrink, for some girls who are dating West residents “it was just assumed” that they would be asked. This will be Heidebrink’s second time participating in date night.

“I attended when I was a senior in high school,”Heidebrink said.

However, for many students, like junior Bekah Mabrey, this will be their first time attending.

“I am most excited to watch the hockey game,” Mabrey said. 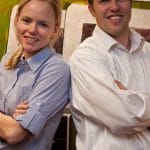 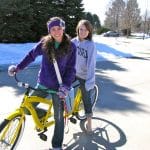