Disney is continuing their streak of transforming many of their beloved, original films into live-action adventures. Some fans seem to be immensely enjoying these remakes while others are not as enchanted with them.

However, the soon to be released, live-action “Mulan” shows a great deal of promise. Originally set to come out on March 27, 2020, the release date has been delayed until further notice. While this new film hints at some significant differences in comparison to the original, these changes have been made in hopes of being truer to the original “Ballad of Mulan.”

The first, and probably one of the most prominent differences, is that the 2020 “Mulan” film will not be a musical. This means that many of the highly favored hits, such as “Reflection” and “Girl Worth Fighting For,” will not be available for us to sing along to during the movie.

However, as evidenced in the trailer, the composer has incorporated many of the popular musical themes from the original into the new movie score. Additionally, the original film was light-hearted and full of humor. But by removing the musical component, this allows the new film to take on a much more serious tone and to tell Mulan’s story in a new light.

There were also multiple character changes made in this movie. First, a central character that has been removed from the new film is the adored Mushu, the dragon. As noted before, while we will miss his many one-liners, removing Mushu from the story will allow for a more somber retelling of the tale.

Another change is that China is no longer being invaded by Shan Yu, leader of the Hun army. Rather, a man by the name of Bori Khan hopes to conquer the country.

The original “Ballad of Mulan,” though available in many different versions, makes clear that China is invaded by northern invaders, and Disney attempts to stay true to this narrative with the addition of Bori Khan, who is also from the North.

This warlord fights alongside a witch named Xian Lang. The actress who plays Xian Lang commented that the addition of her character was to depict the different aspects and dynamics of women in power. Again, while this element is a far cry from the original plot, hopefully, it will add a new and exciting dynamic to the tale.

And finally, and I think what is of most concern for me, is the question of Mulan’s love interest. The trailer makes no indication of whether there is any at all, but the producer, Jason Reed, does indicate that Mulan has a love interest, though it is no longer Li Shang.

Instead, the new man of interest is a fellow foot soldier. The reason behind this switch is due to the “Me Too” movement, according to Reed. By shifting Mulan’s love interest to a man of equal rank, this removes the awkward power dynamic that some found at fault in the original film.

Based on the many features that have been both removed and added, the 2020 live-action remake of “Mulan” promises to be presented in a very different light than the original. It is important to keep in mind the ultimate goal of the movie: to stick closer to the traditional “Ballad of Mulan” and to stay true to the Chinese culture.

Further, based on the trailers and comments from both the producer and cast, its videography, its casting, its music and its plot all are aspects audiences can look forward to. While many details have shifted, the story communicates the same underlying message of bringing honor to the family. And hopefully, with a better understanding of why so many changes were made, we will be better able to appreciate what Disney has to offer in this live-action remake of “Mulan.” 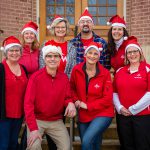