The 2012 Red Raider cross country team is under new leadership this season after former head coach Nate Wolfe resigned over the summer.

The team will be lead by Coach Scott Bahrke, formally the head coach for the boys cross country and track teams at Kingsley-Pierson High School,  looks to lead this group to a successful year.  Bahrke is a 2001 graduate from NW and is hopeful for the upcoming season.

Returning for his fourth year with the team is senior captain Andrew Lichter, who last season finished in the top seven on the team and ended the year with a 77th place finish at the GPAC championships. Also taking an upperclassman leadership spot this year will be senior Jesse Baldwin.  Baldwin looks to remain in the top 5 on the team as he has in his previous three years.

Junior Zach Wittenburg, returns to the line-up as a captain on the team after only competing once last year due to injury.

“He is very strategic and knows the sport well,” Bahrke said.

Leading the team for NW last season, sophomore Logan Hovland looks to continue his success from last year. Hovland was the team’s top runner in all but two races and finished in the 29th spot at the GPAC championships as a freshman.

Sophomore Skyler Giddings is promising runner returning for another year with the Raiders. Last year Giddings had two top-25 finishes and was a top five runner for the team in every race.

Also competing for a top spot on the team will be sophomore Jose Martinez and  sophomore Anthony Epp.

On the women’s side of the team, NW returns six of their top eight runner from the previous season including senior captain Leslie Stover who last season had two top-25 finishes and was top seven on the team at every meet.

Senior Amy Van Skike will also be leading the team in her fourth season as a raider.  Van Skike finished in top 25 five times with one top-10 finish and 21st at the GPAC championships as a junior.

Another captain leading the way for NW will be junior Dawn Gildersleeve.

“She is pretty level-headed,” Bahrke said, “she stays calm and is a great teammate.”

Last year Gildersleeve finished in the top-25 in every meet and finished 19th at the GPAC Championships last season. Junior Lauren Aycock also had two top-25 finishes last season and will compete for a top spot on the team again this year.

The women’s side of the team also has a strong sophomore class who will be a strong contributor to this year’s team. Sophomore Sara Edwardson finished last season with one top-10 finish and two top-25 finishes.  Also returning for her second year, sophomore Amber Sandbulte finished last season strong with three top-25 finishes and claimed the 23rd spot at the GPAC Championships. Sophomore Sarah Wittenburg finished last year well also with a 46th place finish at the GPAC Championships. 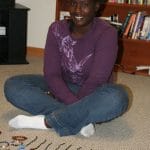 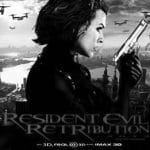